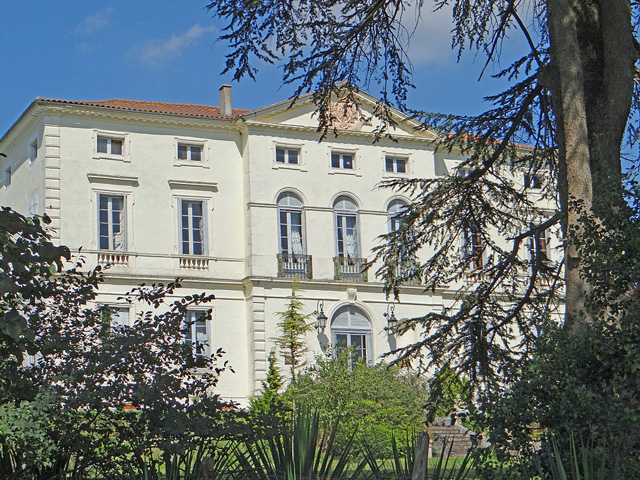 Location: Sauvetat-sur-Lède (La), in the Lot-et-Garonne departement of France (Aquitaine Region).
Built: 16th-17th century.
Condition: In good condition.
Ownership / Access: Privately owned.
ISMH Reference Number: PA47000072
Notes: Château de Saint-Sulpice was built on an outcrop overlooking the Lède on the edge of CD216, on the territory of the municipality of La Sauvetat-sur-Lède.The castle belonged to the family Borie seventeenth century to the twentieth century. The castle consists of the main building located in T. The oldest part is the body of north-south quarters, with its courtyard and a defense tower at its northern end, built in the seventeenth century and whose portal dated 1621. Jean-François Laborie or La Borie (1760-1843), lord of Saint-Sulpice, married in 1786 to Marie-Julie Josephus Raffin, daughter of the Marquis of Hauterive, Baron de Laroque-Timbaut, was mayor of Villeneuve sur-Lot from 1800 to 1813. The La Borie family was very attached to the First Empire.In the early nineteenth century, a second main building was built perpendicular to the first, at its southern end. It is neo-classical style with a front building pediment. The ground floor has a door above a stucco decoration of evoking life in the countryside with his work and leisure. In the music room, the famous stucco decoration First Empire with an imperial eagle, a mask of Napoleon and an allusion to the Eaglet.The castle has been listed historical monument October 4, 2007.