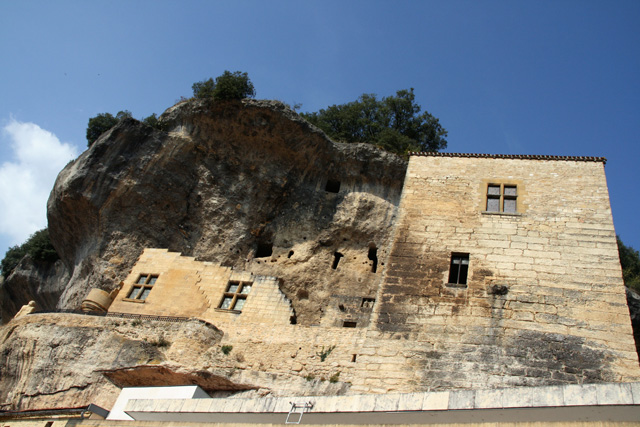 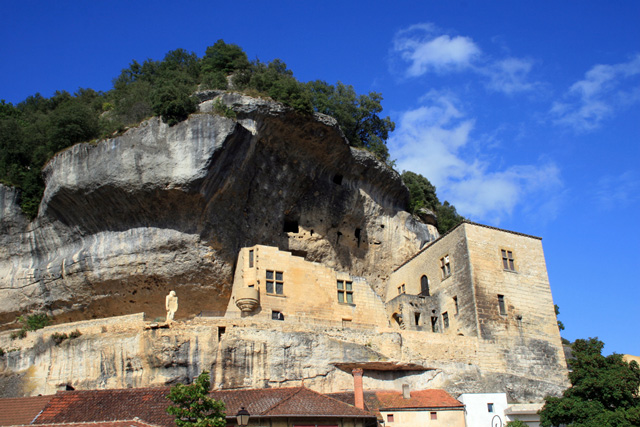 Location: Les Eyzies-de-Tayac, in the Dordogne departement of France (Aquitaine Region).
Built: 11th - 12th century.
Condition: In good state.
Ownership / Access: State property.
ISMH Reference Number: PA00082536
Notes: The Château de Tayac is a castle in the commune of Les Eyzies-de-Tayac-Sireuil in the Dordogne département of France.The castle stands on a platform in a cliff. This platform was occupied in prehistoric times; Magdelanian and Azilian artifacts have been found. Then known as the Roc de Tayac, the early castle was built in the 13th century. During the course of the Hundred Years' War, it was held alternately by the English and the French, suffering successive sieges. It had to be rebuilt in the 16th century. In 1595, it suffered a siege during the Jacquerie des Croquants, an uprising of peasants against the king (1590–1600). In 1606, the king ordered the castle's demolition, undoubtedly following the execution of Jean Guy de Beynac who had been implicated in the Duke of Bouillon's conspiracy.The castle site is state property. It has been listed since 1968 as a monument historique by the French Ministry of Culture.

How To Get To Château de Tayac (Map):