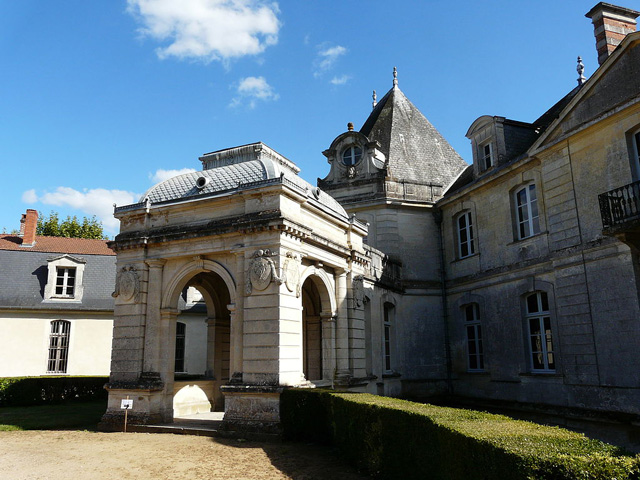 Location: Creysse, Dordogne departement of France (Aquitaine Region).
Built: 18th-19th century.
Condition: In good condition.
Ownership / Access: Private property.
ISMH Reference Number: PA24000040
Notes: Château de Tiregand is a French château located in the municipality of Creysse in the department of Dordogne, in the Aquitaine region. It was built in the eighteenth and nineteenth centuries. The establishment of the original castle was due to Edward Tyrgan and dates back to the thirteenth century. In 1575, the relics of St. Front in Périgueux stolen by the Huguenots, are transported to the castle before being precipitated in the Dordogne. The present castle was built in the eighteenth century under the leadership of Jean Charles Augeard, mortar chairman to the Parliament of Bordeaux. Old Castel is then transformed into chai. In 1826, Count Alexandre César de La Panouse, deputy of Paris from 1822 to 1827, bought the castle. He died at the field in 1836. His son, Cesar Armand Anatole de La Panouse EST6 built the house that bears the family coats of arms and medallions interspersed letter to LP. In the twentieth century the castle passed to the family of Saint-Exupéry. The Castle is Tiregand Purple Périgord, south of the Dordogne, about a kilometer west of downtown Creysse. This is private property, whose terrace and gardens are open to the public during the European Heritage Days. The park overlooks forty meters of the Dordogne valley. The estate covers 460 hectares. The castle, common, park, terraces, ditches and rotunda are registered under the Historic Monuments in 2002. The vineyard of 43 hectares is cultivated Product pécharmant wine. The cellars are located in the Old Castel (also called Old Castle).

How To Get To Château de Tiregand (Map):