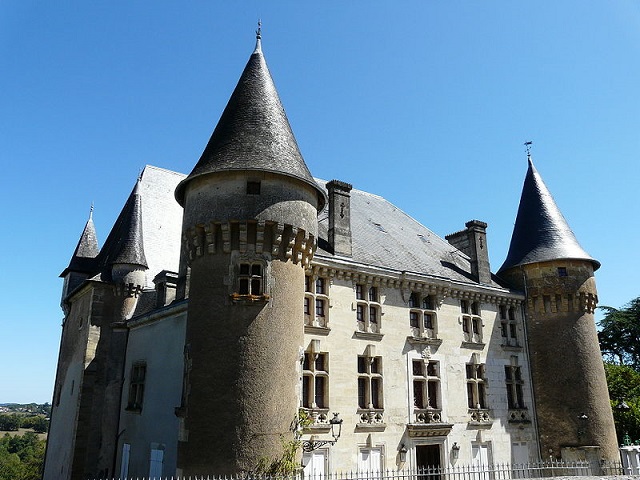 Location: Thiviers, in the Gironde departement of France (Aquitaine Region).
Built: 16th century.
Condition: In good condition..
Ownership / Access: Private.
Notes: The castle of Vaucocour, or castle of Vaucocourt, is a French castle located in the town of Thiviers in the Dordogne, in the Aquitaine-Limousin-Poitou-Charentes region.In the twelfth century, a fortified castle was built on the eastern outskirts of the city. It is located on the edge of an escarpment overlooking the Limoges - Périgueux axis, thus enabling it to be monitored. During the passage of the Huguenots in 1575, the castle as the ramparts of the city are destroyed. The present castle is rebuilt at the end of the sixteenth century.