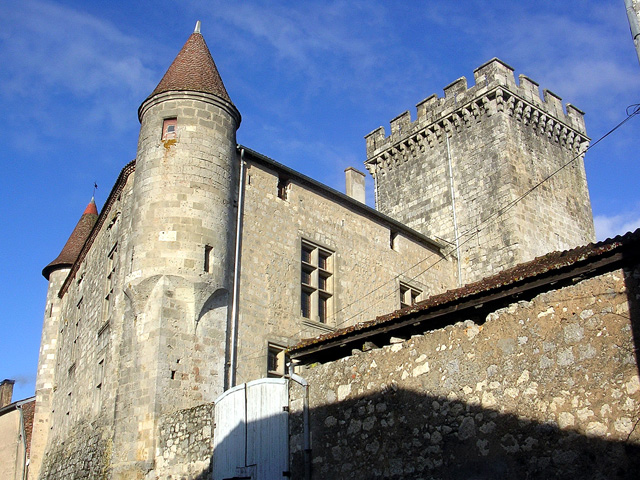 Location: Xaintrailles, in the Lot-et-Garonne departement of France (Aquitaine Region).
Built: 13th century.
Condition: Some part of the chateau was refurbished.
Ownership / Access: Private property.
ISMH Reference Number: PA00084280
Notes: Château de Xaintrailles is a building in the French town of Xaintrailles, in the French department of Lot-et-Garonne. It is a historical monument in 1840. The oldest part of the castle is the keep the thirteenth century pierced windows in the fifteenth century. The body of the house north of the fifteenth century and has a square floor two storey height and a hipped roof and long tails covered with flat tiles. It has as the dungeon, an appetizer staircase. The southern one-story building and was refurbished attic and turrets (kitchens). The west wing is framed by two towers. The staircase in the hallway and U have been built in the eighteenth century.