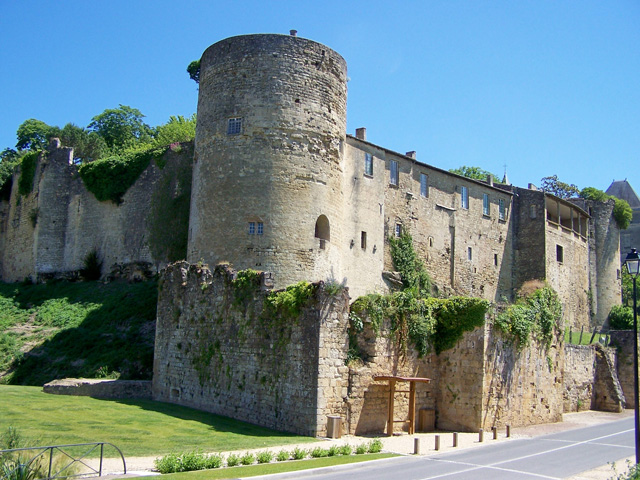 Location: Réole, in the Gironde departement of France (Aquitaine Region).
Built: 13th century.
Condition: Intact.
Ownership / Access: Private property.
Notes: Château des Quat'Sos is located in Réole in the Gironde, France. His name, of Gascon origin, was given to him because of the similar appearance of its four corner towers, the Four Sisters. The castle is located on the promontory overlooking the confluence of the Garonne and its tiny tributary, the creek Charros. The castle is the subject of a global registration under the Historic Monuments by order of 6 March 1947. Subsequently, some items are classified as historical monuments by order of November 9, 1960: The Thomasse Tower, the South Tower -Is the Northwest tower, joining the curtains with roofs that protect them.