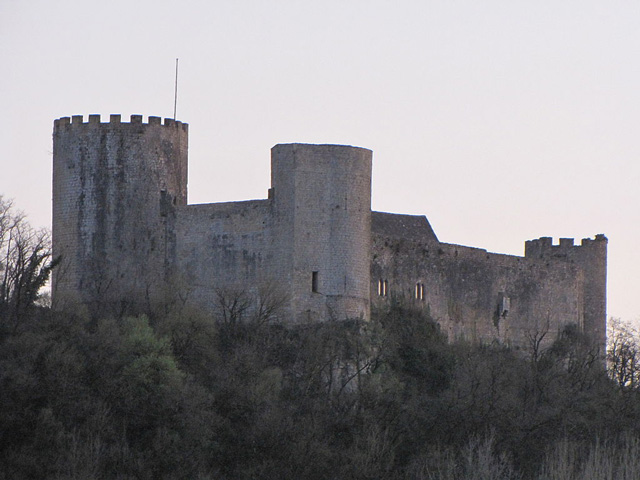 Location: Sauveterre-la-Lémance, Lot-et-Garonne departement of France (Aquitaine Region).
Built: 13th century.
Condition: Ruined.
Ownership / Access: --
ISMH Reference Number: PA00084247
Notes: Château des Rois ducs is a strong French chateau located in the municipality of Sauveterre-la-Lémance in the Lot-et-Garonne department in the Aquitaine region. It is built in the late thirteenth century by Edward I of England on one of the main roads between Perigord and Agen. During the Hundred Years War, he became a centerpiece in the game of the Anglo-French war of attrition. It burned in 1789 during the French Revolution. It was purchased by the aviator Jean Mermoz in 1936, a year before his death. The castle completely, and its field of assessment and its gulf, are the subject of a classification as historical monuments since 19 September 2003.

How To Get To Château des Rois ducs (Map):