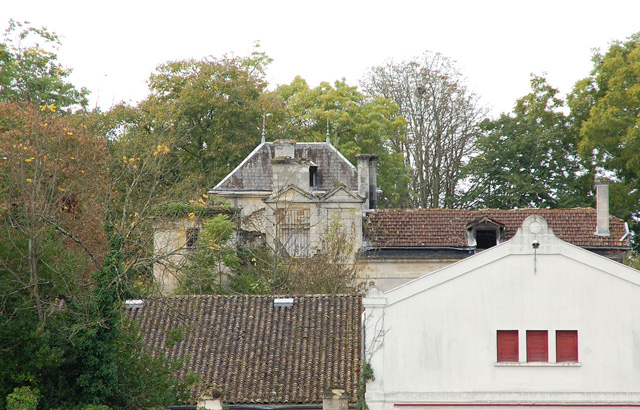 Location: Blanquefort, in the Gironde departement of France (Aquitaine Region).
Built: End of 17th century.
Condition: In good condition.
Ownership / Access: Ministry of Agriculture and Forestry.
ISMH Reference Number: PA00083146
Notes: Château Dillon is a castle and a wine farm situated on the town of Blanquefort Gironde bordeaux appellation. A large house, the Terrefort castle existed there, the place called Earth-Fort. Dillon Castle was built in the late seventeenth century and early in the eighteenth century and the well door inscribed the date of 17053. The castle was modified in the early nineteenth century. Property of the Ministry of Agriculture and Forestry has become agricultural college, the Wine High School Blanquefort. It was listed as a historic monument on December 5 1984. Château Dillon is an AOC Haut-Médoc cru Bourgeois red. A school for crippled is created in 1917 and receives 20 July 1923 the status of School of Agriculture, Viticulture and Horticulture Blanquefort on areas of Béchon and cap. To increase the area of ​​land neighboring Château Dillon then owned by Marie-Jeanne Seignouret are rented 16 November 1923. Raw "Château Dillon" was already known and classified 1er cru bourgeois Médoc7. In 1953 the Ministry of Agriculture bought the land. Agriculture became Regional School December 2, 1955, it becomes the Agricultural College of Bordeaux-Blanquefort 21 April 1963 best known as the Wine High School Blanquefort, which provides education and second higher education.

How To Get To Château Dillon (Map):