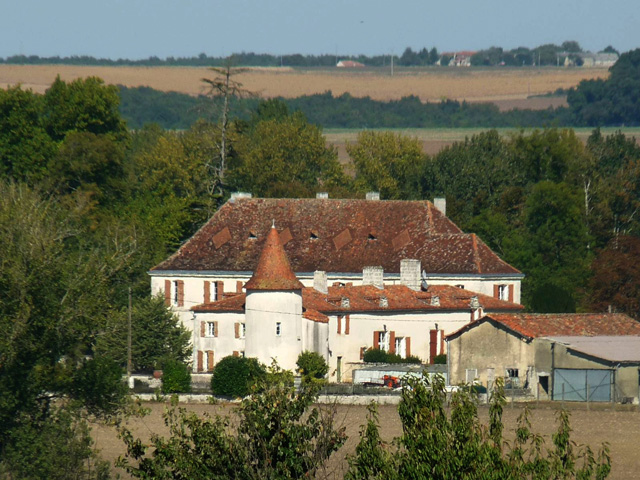 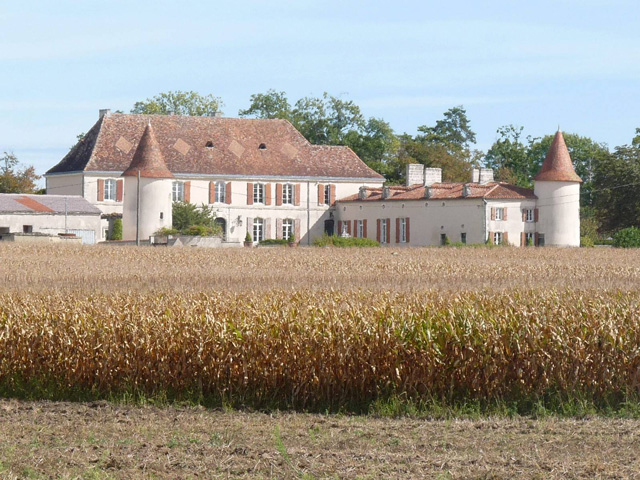 Location: Cherval, in the Dordogne departement of France (Aquitaine Region).
Built: 17th century.
Condition: Restored.
Ownership / Access: Private property, offers bread and breakfast.
Notes: Château du Bourbet is located in the town of Cherval in the French Dordogne. The construction of the castle dates from the fifteenth and seventeenth century, and its present form of the nineteenth and twentieth centuries. The lords of Bourbet were at the origin of this castle, then composed of a main building surrounded by two fortified towers, and two pavilions at right angles. This castle was protected by a moat, leveled during the French Revolution, a period which also won the last remnants of the drawbridge and the old prison which adjoined the cellars. The north pavilion was probably destroyed during World War II and the square towers which quartered the main building, already partly razed during the Revolution. Indeed, the castle served kommandantur because the line was between Cherval and Gout, in the free zone. Helie de Lageard, Lord of Bourbet who was born in 1458, was general counsel of the Countess of Angoulême. He was a deputy to the king Louis XII, asking him to give his daughter in marriage to Count Claude Angoulême (later Francis I), and signed their marriage contract, May 14 1514. In 1554, the Bourbet lords were provided with the office of Steward of Angoumois. That office passed from father to son until 17894. Recently restored, the castle offers today Bourbet accommodation in bed and breakfast.

How To Get To Château du Bourbet (Map):