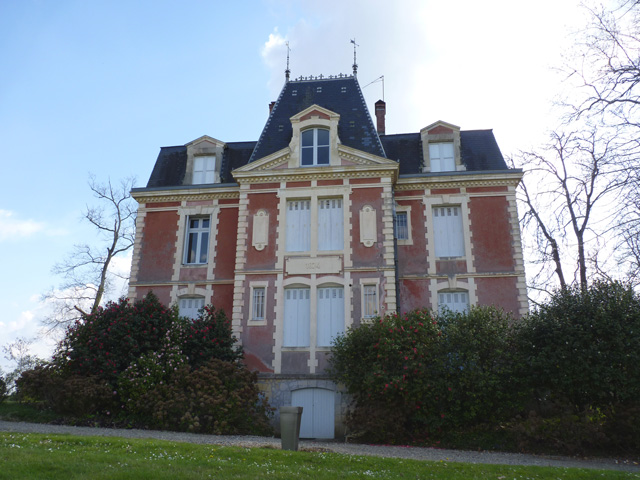 Location: Lahosse, in the Landes departement of France (Aquitaine Region).
Built: 1329.
Condition: In good condition.
Ownership / Access: --
Notes: Château du Loumaing is located at a place called The Loumaing of the town of Lahosse, in the French department of the Landes. If the word 'castle' is used to refer to the building we know today, built in 1874, the term only refers to the remains of a large family. In 1901, Felix Boisot proposed to partially finance the construction of a new church. This project was abandoned. Gradually he acquired several farms in the village. Gradually, and with some exceptions, he replaced the old houses with new one. All these houses are on the same model inspired by the traditional farmer's house. Coraly Boisot Jacques Heliot wife in 1903 in Paris. They have nine children. At his death the field will be shared. The "castle" will remain the property of a Héliot girls until recently. The farms will be sold gradually, except Caousse and Pinaout. A ram it possible to raise the water to the castle. This system was installed at the beginning of the century. Thus the castle was running water. The "water hammer" echoed in the countryside, but only a trickle of water reaching the tap. The beautiful building that housed the ram is still visible in a meadow below The wash house, built at the same time and fed by the same source, where women hired to serve the castle where the family resided washing clothes, is now in ruins. The family tomb is located at the entrance of the cemetery.