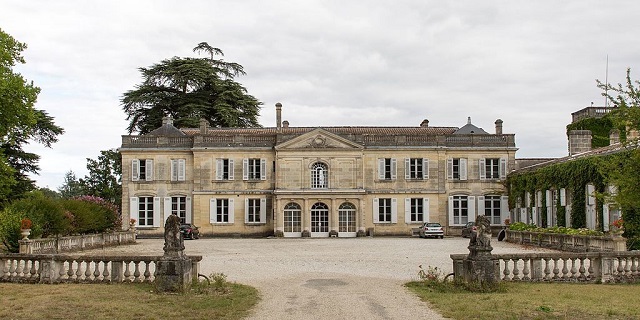 Location: Taillan-Médoc, in the Gironde departement of France (Aquitaine Region).
Built: 18th century.
Condition: In good condition.
Ownership / Access: Private property.
Notes: The Château du Taillan, also known as the Château de la Dame Blanche, is a listed building in the heart of a 100 hectare estate in the Taillan-Médoc region of Gironde, France.The castle of Taillan is an estate located at the gates of the Medoc which exists since the Middle Ages. Monks who made the pilgrimage to Santiago de Compostela settled there in the past. They could easily move to Bordeaux where a monastery was built. It was the property of Durfort, lords of Blanquefort, Leonard de la Chèze and then Pierre d'Aste, adviser of the king to the Great Council. Maître de Poitevin bought it from his heirs in 1663, for the sum of 10,000 livres.

How To Get To Château du Taillan (Map):