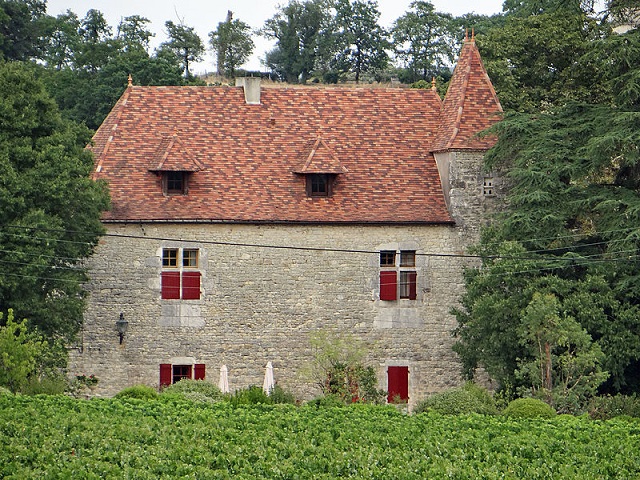 Location: Thézac-perricard, in the Gironde departement of France (Aquitaine Region).
Built: 16th century.
Condition: In good condition.
Ownership / Access: Private person.
Notes: The castle of Trichot was built in Thézac, in the department of Lot-et-Garonne. It is located in the wine area of Thézac-perricard.A first building was built in the second half of the sixteenth century or the beginning of the seventeenth century. In 1677, a new body sheltering the staircase was built against the first main building and a fence wall (date stamped on the staple of the door and in a cartridge of the gate). The work is probably carried out by Jean de Guilhem, who belonged to a well-owned Protestant family near Tournon-d'Agenais. This building was enlarged during the first half of the eighteenth century. In the same period the dependencies are modified. The outbuilding built into the enclosure bears the date of 1734 on a stone of the portal. During the second half of the eighteenth century, the manor became the property of the family of Montpezat de Poussou, the younger branch of the Montpezat family. The northwest gate bearing the date of 1886 is a replenishment. The farm was built in the course of the nineteenth century. The castle was registered as a historic monument on 19 December 1996.