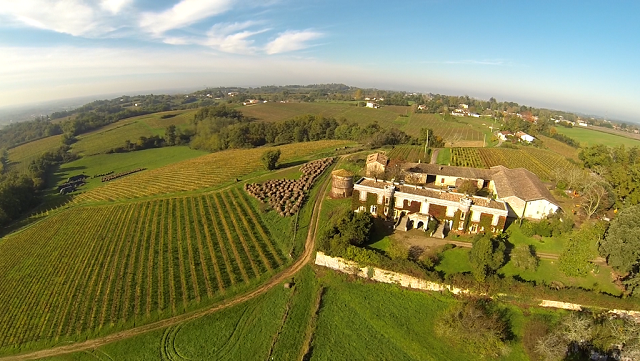 Location: Bordeaux, in the Gironde departement of France (Aquitaine Region).
Built: 1571.
Condition: --.
Ownership / Access: --.
Notes: The Château Haut-Peyrat is located on the heights of the village of Cambes in Aquitaine. All the buildings are on the hill of a hill that offers a view of the territory of Entre-deux-Mers.The first traces of buildings date from 1571, like the well, and the dovecote. The first castle appears in 1655, the date of construction of which is inscribed on one of its doors. The property, which belonged to the Bordeaux parliamentary families of Alesme 3 and Lassime, was particularly developed under the old regime. On the other hand, the crenellated turrets and the front steps of the facade are nineteenth century additions.

How To Get To Château Haut Peyrat (Map):