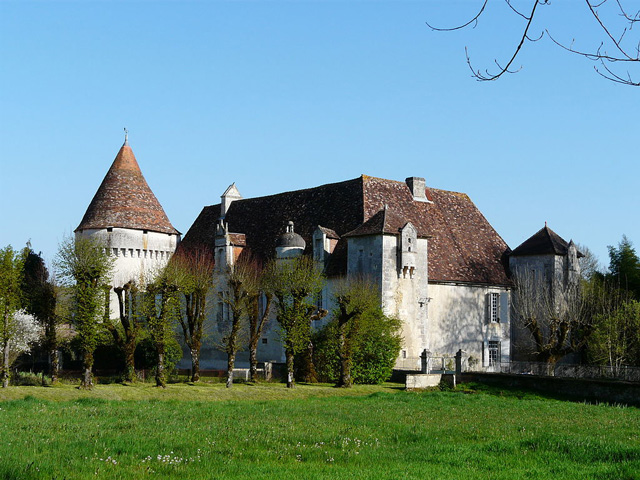 Location: Saint-Front-la-Rivière, in the Dordogne departement of France (Aquitaine Region).
Built: 13th to 16th century.
Condition: In good condition.
Ownership / Access: Private property.
ISMH Reference Number: PA00082834
Notes: Château Saulnier is located in the municipality of Saint-Front-la-Rivière, in the French department of Dordogne, in the Aquitaine region. It is a listed building since 1969. This castle dating from the thirteenth century to the sixteenth has a moat that was fueled by the River Dronne which flows about 200 meters to the west. It is located in the southwest part of the town of Saint-Front-la-Rivière, along the road leading to the Varenne and Sceau-Saint-Angel. It is also visible from the main road 83 which runs through the town (and the town) from north to south. Property purchased in 1787 by Nicolas Dubut Saint Paul, Esquire and advise Secretary of King in the Court of Montauban aids. This is private property.

How To Get To Château Saulnier (Map):