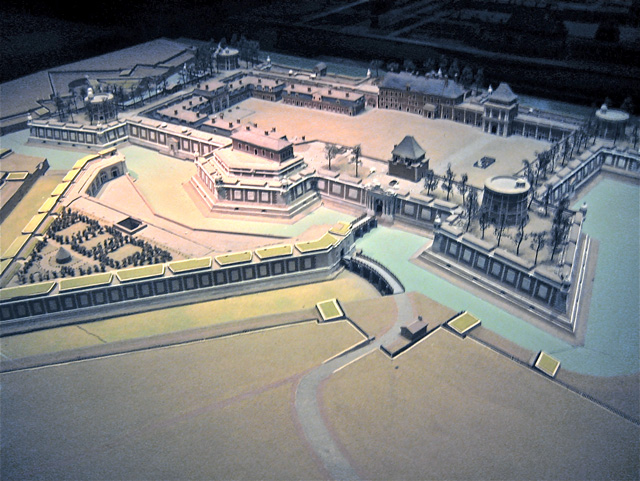 Location: Bordeaux, in the Gironde departement of France (Aquitaine Region).
Built: 15th century.
Condition: Ruined.
Ownership / Access: --
Notes: Château Trompette, shaved today, is an ancient castle built after the Hundred Years War under Charles VII, who stood in the town of Bordeaux in the Gironde, in the Aquitaine region. The Trumpet castle was located in the French department of Gironde in the municipality of Bordeaux. It was at the site of the present Esplanade des Quinconces. Built with the castle Ha, on the site of the Palais de Justice, it allowed to monitor Bordeaux. In 2006, the development work of tram lines on Quinconces have unearthed the remains of the castle. An old model of the castle Trumpet, in the Musée-reliefs Plans (Les Invalides, Paris) allows to realize what it was like before it was destroyed this fortification.

How To Get To Château Trompette (Map):