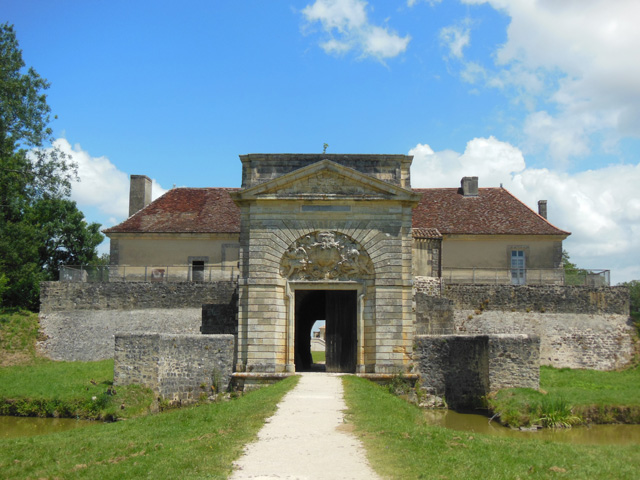 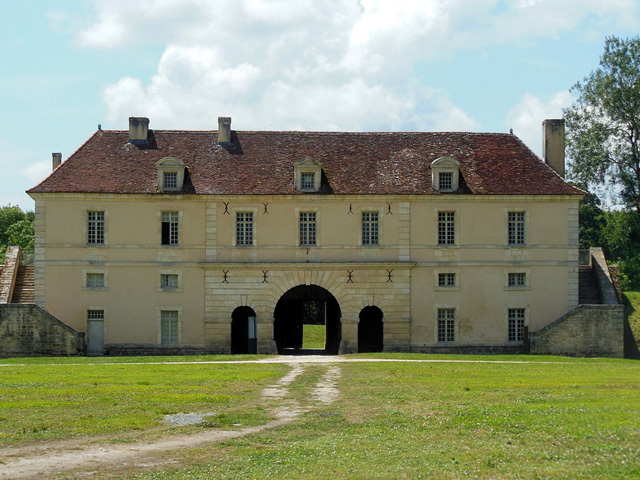 Location: Cussac-Fort-Médoc, in the Gironde departement of France (Aquitaine Region).
Built: 1686.
Condition: Restored.
Ownership / Access: Owned by the town.
Notes: Fort Médoc is a military fort complex in the town of Cussac-Fort-Médoc, in the French department of Gironde. His earthworks began in 1689 and those built in 1691. They are made by architect Duplessy Ferry and led by engineer Vauban. Designed as one of the "lock" elements designed to protect Bordeaux risk of military attacks by river, the fort established on the left bank of the Gironde estuary, complements the defenses made by Fort Paté on Paté island and the Blaye Citadel, located on the right bank of the Gironde. Typical model of fortification carried out by the French strategist, the site is partially registered historic building in 1956 and partially classified in 1968 before being classified in full in 2008. On July 7, 2008, Fort Médoc (with the Blaye Citadel and Fort Paté) is one of the twelve integrated sites to the network of major Vauban sites, promoted to the World Heritage of UNESCO. The estuary of the Gironde, the largest in Europe, is a natural way of communication promoting trade and making Bordeaux a thriving port since the Middle Ages. But it is also a place of military conflict: Viking incursion, battles related to the Hundred Years War. If the river Gironde open to the city, guarantees economic growth, it represents no less a threat by opening the way to the ships of enemy powers. This triptych draft also prevents Bordeaux "will make the pig" (in the words of Vauban) that is to say, it continues to sell to the enemy of the kingdom, he or English during the Hundred Years War or during periods of Spanish and Fronde League. To control this path and strengthen the authority of the monarchy, King Louis XIV asked Vauban, then Commissioner General for fortifications, improve the defense of Blaye, already militarized promontory on the right bank to 30 km downstream of Bordeaux and 60 km from the ocean. While visiting the site in 1685, Vauban becomes aware of its strategic location. During the Fronde, repeatedly Claude Rouvroy, Duke of Saint-Simon and governor of Blaye, expresses the idea that to make stunning Bordeaux by water, we must "lock the estuary". Vauban takes up the idea on his own. This military defense project of the Gironde estuary is part of a larger program led by Vauban at the request of Louis XIV, to set up a real "iron belt" across the borders of the kingdom of France. Vauban realized and a total of nearly 160 fortifications and adapts strong defense of existing spaces to the progress of artillery. In 1956, a Medoc owner wants to buy to install this door in his field. The mayor at the time and council are opposed and begin a process to protect the site as historical monuments.

How To Get To Fort Médoc (Map):