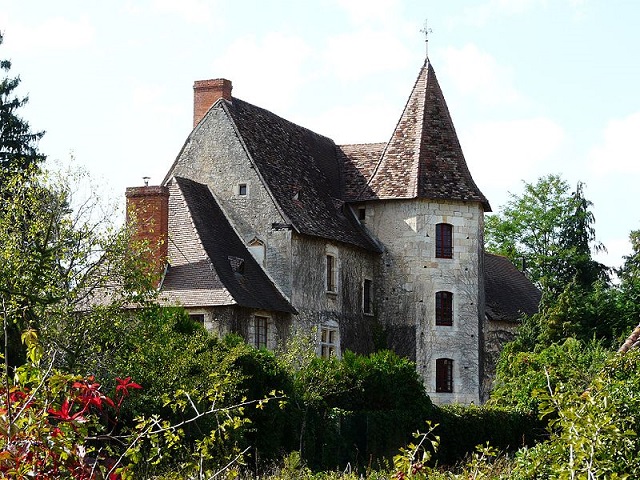 Location: Sarliac-sur-l'Isle, in the Lot-et-Garonne departement of France (Aquitaine Region).
Built: 15th century.
Condition: In good condition.
Ownership / Access: Private property.
Notes: The manor of Grézignac is a French manor located in the commune of Sarliac-sur-l'Isle in the department of Dordogne, in Aquitaine-Limousin-Poitou-Charentes region.The manor of Grézignac is located on the right bank of the Isle in the south-west of the town of Sarliac-sur-l'Isle, along the national road 21. It presents a dwelling of the fifteenth and sixteenth centuries in which is inscribed a polygonal tower. Two wings dating back to the seventeenth and eighteenth centuries complete the ensemble. The manor has been listed in historical monuments since 1969 for its façades and roofs.