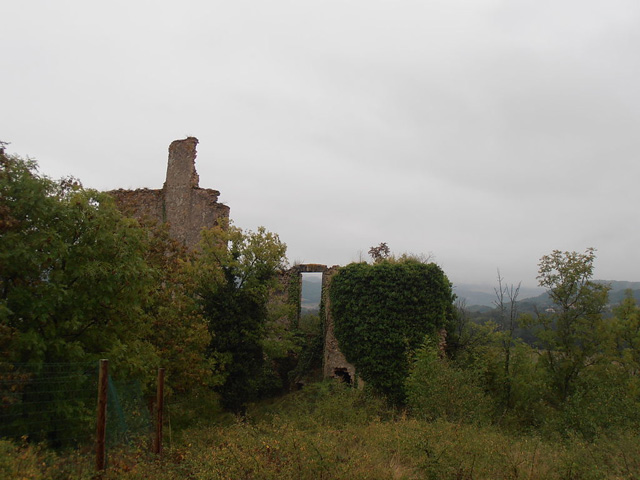 Location: Auzat-sur-Allier, in the Puy-de-Dôme departement of France (Auvergne Region).
Built: 13th century.
Condition: Ruins.
Ownership / Access: Private property.
ISMH Reference Number: PA00091879
Notes: Château Cocu is a monument in the commune of Auzat-la-Combelle in the Puy-de-Dome. Built in the thirteenth century, the fact remains today that sizeable ruins flanked by cylindrical towers and some remains of a wall. Private property, the castle is listed as historical monuments by order of 17 July 1926.

How To Get To Château Cocu (Map):