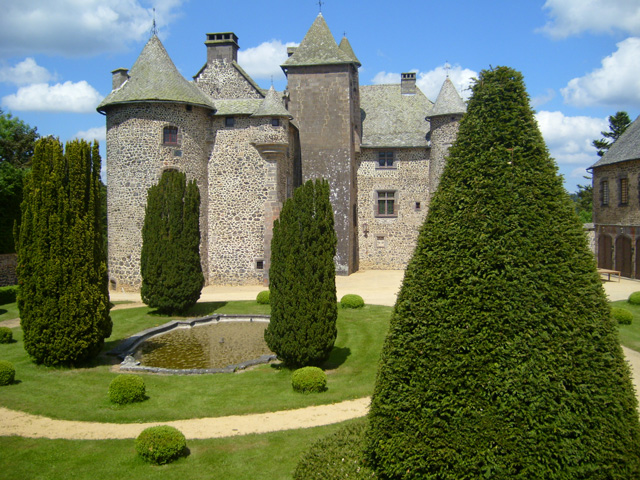 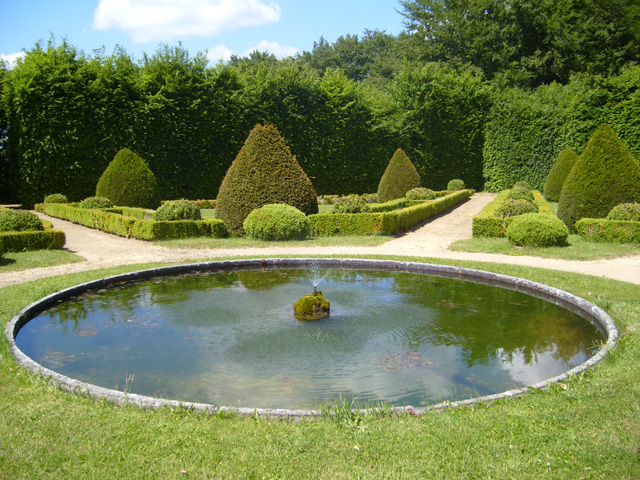 Location: Orcival, in the Puy-de-Dôme departement of France (Auvergne Region).
Built: 15th century.
Condition: In good condition.
Ownership / Access: Privately owned.
Notes: The Château de Cordès is a castle situated at an altitude of 900m in the commune of Orcival, in the Puy-de-Dôme département of France. The château is privately owned, and open to the public. It is classified as a historic monument and the garden is listed by the French Ministry of Culture as one of the Remarkable Gardens of France. The exterior facade on the Sioulet River side is decorated with machicolation. The interior of the castle contains a Carrara marble altarpiece dating from the 16th century and the sculptured tomb of Yves II. The living room is decorated with plaster work dating from the 18th century. The castle is approached through an alley of hornbeam trees five meters high, with two formal gardens with basins, surrounded by hedges. Next to the castle is a labyrinth with a rose garden in the centre. Diirectly in front of the castle is a topiary garden.

How To Get To Château de Cordès (Map):