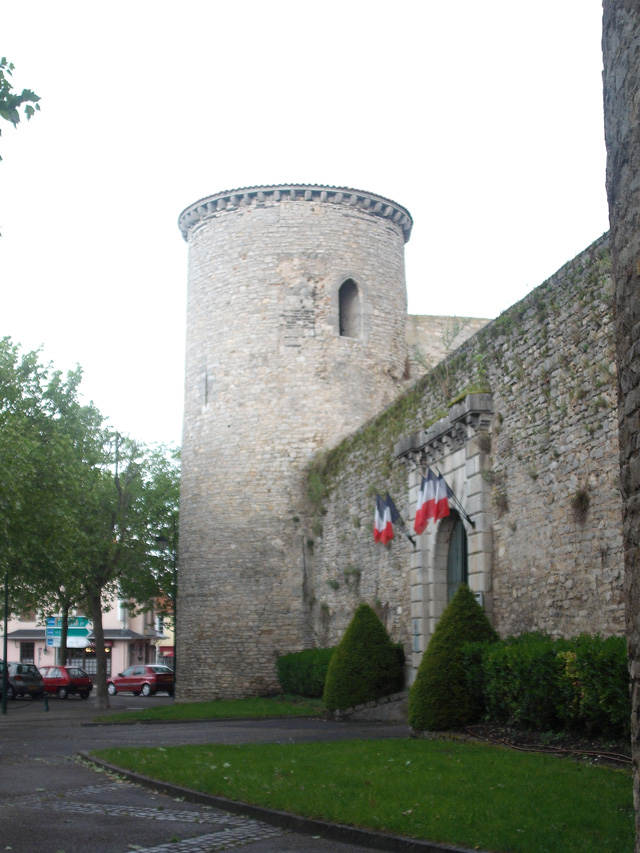 Location: Gannat, in the Allier departement of France (Auvergne Region).
Built: 12th century.
Condition: In good condition.
Ownership / Access: Now a museum known as Museum Yves Machelon.
Notes: The Château de Gannat is a castle, now a museum known as Museum Yves Machelon, in the town of Gannat in the Allier département of France. With origins in the 12th century, the Château de Gannat is a typical 14th century defensive castle, built on a square plan flanked with four machicolated towers, linked by high crenellated walls. Originally, the castle was outside the town walls and surrounded by water; it is now a feature of the town centre. By the 16th century it was uninhabitable and much of it was dismantled in 1566. On the east wall are traces of a fireplace and two vaulted bays. It was used as a prison from 1833 to the early 20th century. The property of the département, the Château de Gannat has been listed since 1926 by the French Ministry of Culture as a monument historique. The museum is housed in the former prison warders' apartments and the cells. Items on display include 14th to 18th century parchments from the town's archives, a 17th-century ivory crucifix and 12th century wrought iron. A prize exhibit is a Gospel book, whose binding is even older (10th century). Other exhibits include a typical Bourbonnais kitchen, clog makers workshop, leather and farming tools. A separate section on the Resistance displays photographs, medals and news articles about the Resistance in the local area.