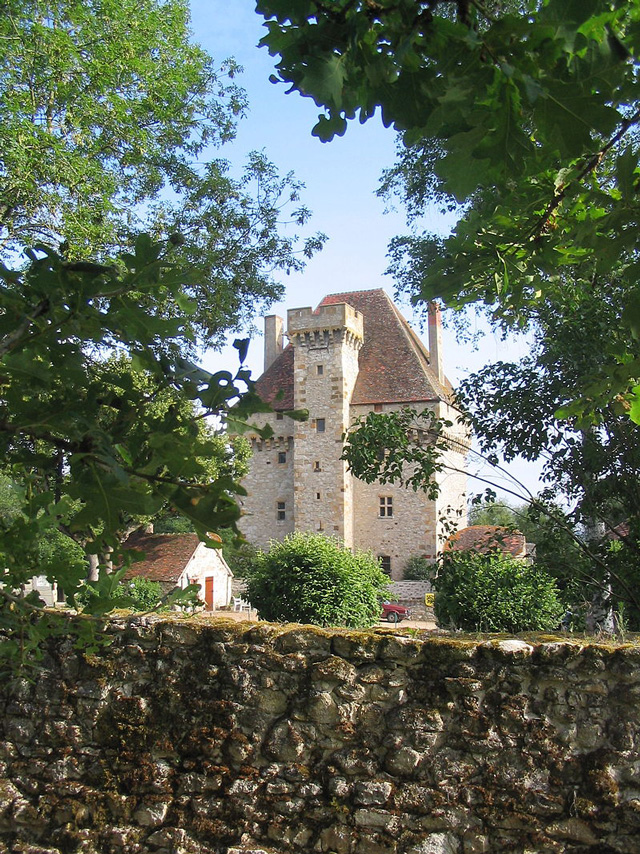 Location: Doyet, in the Allier departement of France (Auvergne Region).
Built: 15th century.
Condition: In good condition.
Ownership / Access: Private property.
ISMH Reference Number: PA00093087
Notes: Château de la Souche is an ancient fortified tower of the fifteenth century, which stands on the town of Doyet in the Allier department in central France. The castle, including the interior of the great hall on the ground floor with hunting scenes, the moats, the fortified canal, the outer wall, the backyard with his mare, with the exception of the building common are the subject of a registration as a historic monument by decree of 30 September 1991. the castle of the strain is quoted in 1359. the tower of the strain occurs, the twenty-first century, as a " dungeon "rectangular crowned with battlements covered by a pavilion roof flanked by a square stair turret that exceeds in watches. The spherical rotating loopholes complements the defenses items.