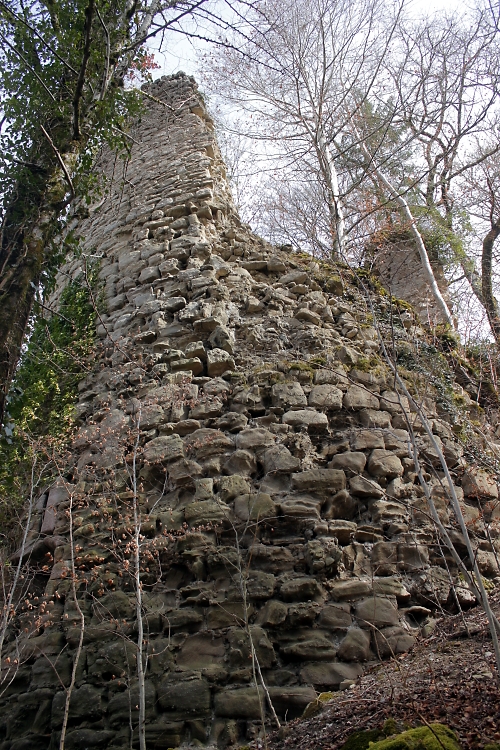 Location: Madic, in the Cantal departement of France (Auvergne Region).
Built: 15th century.
Condition: Ruins.
Ownership / Access: --
Notes: Château de Madic refers to both the ruins of a huge castle, located in the municipality of Madic in Cantal, who belonged to a branch of the family of Chabannes, as well as a modern castle built close in the early nineteenth century. On the foundations of the old castle and keeping only the Saint-Yves Tower (which sank about thirty years before the Revolution), Gilbert de Chabannes actually build another around 1470. It was a fortress with huge towers whose walls had more than 3 meters thick, embrasures there were arranged to allow man the cannons. It is through a drawbridge thrown over the ditch they had access to this fortress.