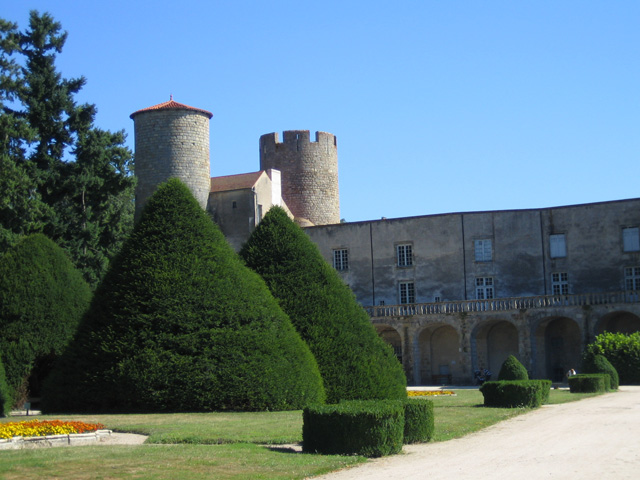 Location: Ravel, in the Puy-de-Dôme departement of France (Auvergne Region).
Built: 1147.
Condition: In good condition.
Ownership / Access: --
Notes: Château de Ravel is located in the town of Ravel, in the Puy-de-Dôme, in the Auvergne. Former royal fortress of the twelfth century, refurbished without destruction in the eighteenth century, the garden designed by André Le Nôtre, it has hosted the filming of the movie Les Choristes. The imposing terrace designed by Le Nôtre, dominates the plain of Limagne and the view to discover the chain of Domes and Dore Mountains. The gardens were enrolled in Pre-inventory of remarkable gardens: they include the median deck, the independent staircase, the little park with alley and pond and garden.