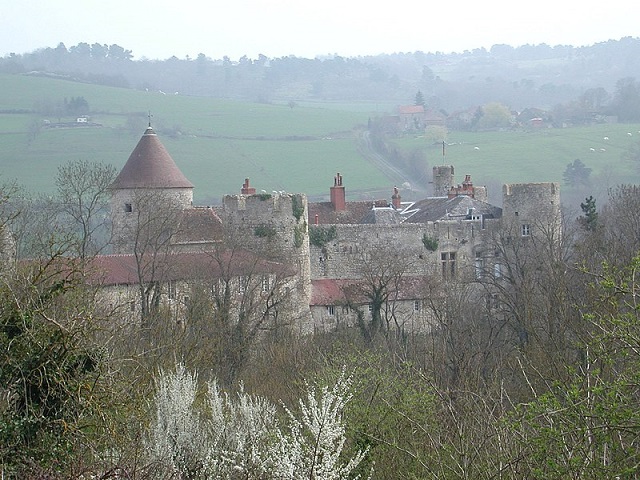 Location: Saint-Bonnet-de-Rochefort, in the Allier departement of France (Aquitaine Region).
Built: 13th century.
Condition: In good condition.
Ownership / Access: Private residence.
Notes: The castle of Rochefort is a castle located in Saint-Bonnet-de-Rochefort (Allier).The first trace of a fief at this place dates back to the end of the eleventh century. But the development of the castle dates back to the 12th and especially the 13th century when the lords of Bourbon understood the interest of the site for the defense of the southern border of their domain towards the Auvergne. In the fourteenth century, Rochefort belonged to John, bastard of Bourbon, son of the duke Louis I. The lordship and the castle were bought in 1623 by Pierre Chartier de Rouvignac, captain of light horse. He gave them as a dowry to his daughter Jeanne when she married Jean du Ligondès, lord of La Chapelaude, in 1632, from a family originally from the borders of La Marche, Bourbonnais and Berry. Since then, the castle has always remained in the family of Ligondès. Partially registered as historic monuments in 1961, the castle is registered in full in 2015.