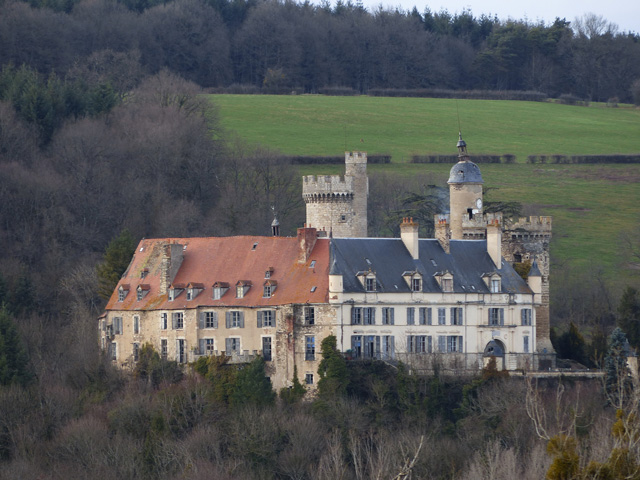 Location: Veauce, in the Allier departement of France (Auvergne Region).
Built: 11th century.
Condition: Ruined.
Ownership / Access: --
Notes: Veauce Castle is a castle located in the territory of the municipality of Veauce in the Allier. This castle (the enclosure; the terrace facades and roofs of the whole, with the exception of those of the gatehouse) is the subject of a classification as historical monuments since August 30, 1985; the gatehouse, dating from the nineteenth century, was recorded in 1986; dependencies, namely the mansion of Nuts, the dovecote, the stud farm, the winery, dairy, home of the pack master and the kennel, were recorded in 2011.