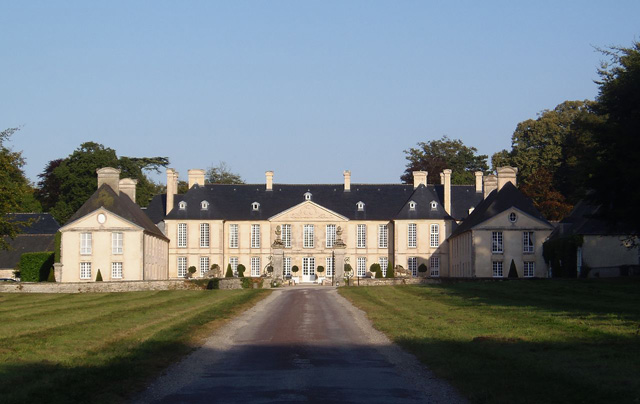 Location: Audrieu, in the Calvados departement of France (Basse-Normandie Region).
Built: 18th century.
Condition: In good condition.
Ownership / Access: Privately owned.
ISMH Reference Number: PA00111018
Notes: Château d'Audrieu is a castle located in the town of Audrieu in the Calvados department. The Lordship of Audrieu was originally to the family of Percy. Following the marriage of Margaret Percy with Count William of Seran in 1595, the castle passed into the family of Seran. In 1615, the land was erected in barony by letters patent. The castle then passed to the son of William, Peter Leonor de Seran, then the descendants of Pierre-Edmond and General Seran. It passed by marriage to the family of Boisberthe Saillard and the Livry-Level following the wedding of Nicole Saillard Boisberthe Philippe Livry-Level. The current castle dates from the eighteenth century. The monument is the subject of a classification as historical monuments since December 27, 1967.

How To Get To Château d'Audrieu (Map):