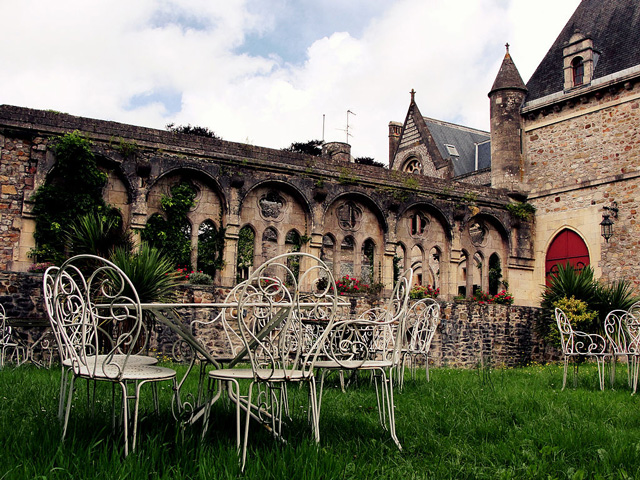 Location: Martinvast, in the Manche departement of France (Basse-Normandie Region).
Built: 15th century.
Condition: In good condition.
Ownership / Access: --
Notes: Château de Beaurepaire (also known as Château de Martinvast) is a neo-Gothic castle in the town of Martinvast in the department of Manche Basse-Normandie region. Castle (facades and roofs) subject to registration under the Historic Monuments by order of 27 April 1976, while the park (facades and roofs of all buildings, excluding the contemporary buildings; obelisk and windmill; walls with their pillars and railings; garden with its greenhouses and walls park with all of its landscape and water projects) are listed by order of 28 December 1992.

How To Get To Château de Beaurepaire (Map):