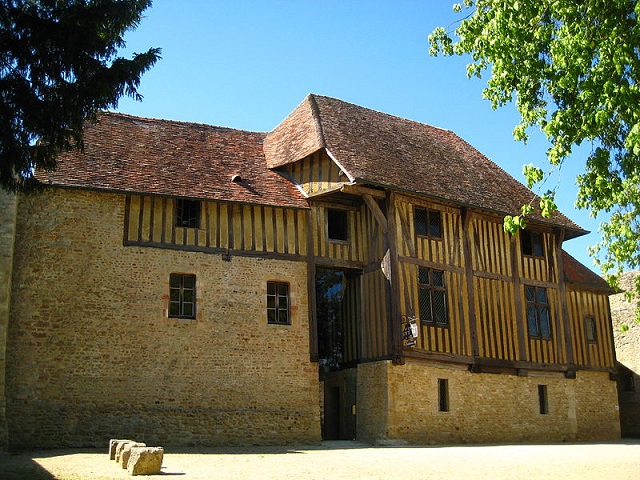 Location: Crèvecœur-en-Auge, in the Calvados departement of France (Aquitaine Region).
Built: --.
Condition: --.
Ownership / Access: Private.
Notes: The castle of Crèvecœur-en-Auge, or simply Crèvecœur castle, is a building located in Crèvecoeur-en-Auge, France.Henri IV had the Bishop of Evreux Claude de Sainctes arrested at Louviers. He was taken prisoner at Caen before the Normandy parliament, and sentenced him to death as guilty of high treason for having approved the assassination of Henry III, taught that his successor could be killed and the people revolted during the revolt. Wars of the League. But the Cardinal de Bourbon and some other prelates having interceded in his favor, the king commuted his sentence to imprisonment for life. He remained the rest of his days imprisoned in this castle where he died, it is said, poisoned in December 1591.