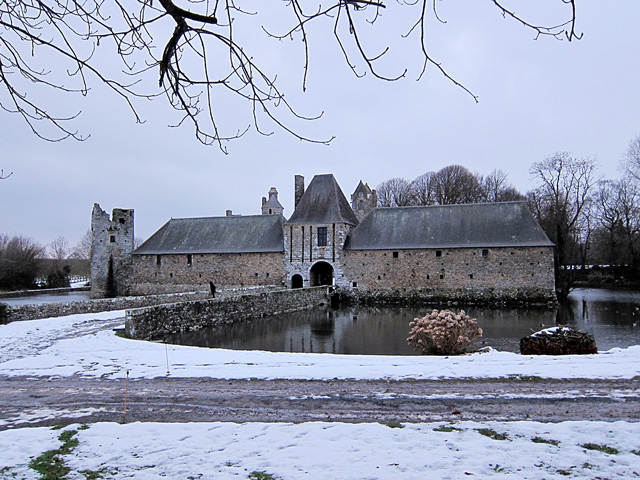 Location: Gratot, in the Manche departement of France (Basse-Normandie Region).
Built: 13th century.
Condition: Renovated.
Ownership / Access: Privately owned.
ISMH Reference Number: PA00110422
Notes: Château de Gratot is a former stronghold of the thirteenth century and the fifteenth and sixteenth century, repeatedly revised, which stands on the town of Gratot in the department of Manche Basse-Normandie region. Built from the thirteenth century, it is again transformed to its peak in the eighteenth century, before being abandoned in the nineteenth century and become a tourist attraction today. The castle is the subject of a classification as historical monuments by order of 4 August 1970. The castle Gratot is located in the French department of Manche in the municipality of Gratot. The first castle Gratot was built in the fourteenth century by the family of Argouges, barons Gratot since 1251. It underwent many changes until the eighteenth century. Argouges family sold it in 1771. This is the eighteenth century Gratot is erected in marquisate. Abandoned in the nineteenth century by its various owners, it serves as a storehouse for fodder industry farmers. Since 1968, thanks to the volunteers who renovate it gradually found its former appearance. In 2003, he received nearly 12,600 visitors.

How To Get To Château de Gratot (Map):