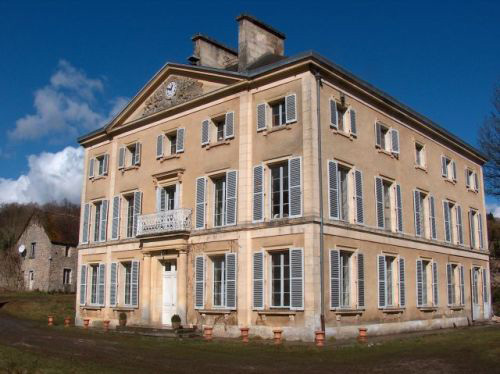 Location: The Pommeraye, in the Calvados departement of France (Basse-Normandie Region).
Built: 11th century.
Condition: Largely rebuilt.
Ownership / Access: Calvados General Council.
Notes: Château de La Pommeraye is a castle built in the eleventh century in La Pommeraye Calvados. It was largely rebuilt in the seventeenth and nineteenth centuries. The area, which once extended over several hundred hectares, was dismembered party. Today, with an area of 20 hectares and listed bird sanctuary, it is split between park, castle mound, vegetable garden, orchard, pond, valleys, woods and meadows. The castle farm, in a place called the Couture is independent for several decades. More recently, the castle hill Ganne and were sold Calvados General Council in 2003 by the Rollot family. Archaeological excavations are conducted by the Universities of Caen and Rouen.

How To Get To Château de La Pommeraye (Map):