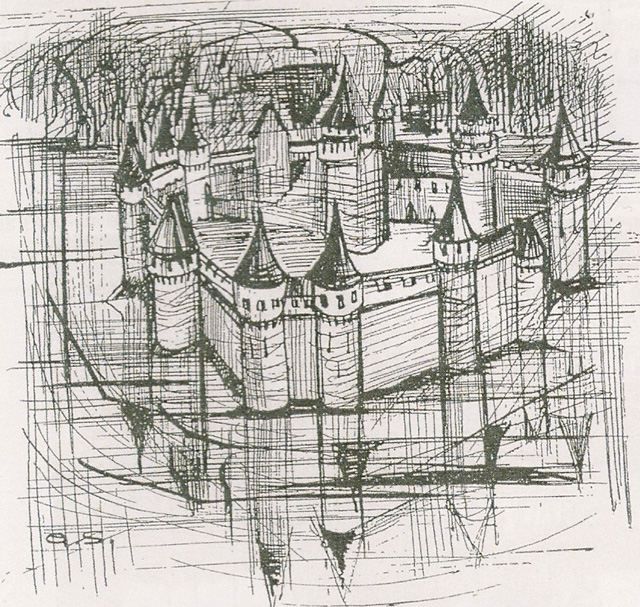 Location: Messei, in the Orne departement of France (Basse-Normandie Region).
Built: 11th century.
Condition: --
Ownership / Access: Private property and not open to the public.
ISMH Reference Number: PA00110854
Notes: Château de Messei is an ancient castle of which nothing remains today of the remains. It is located in the Messei Orne in Normandy. This castle with twelve towers, built in the eleventh century, had wide and deep moat, a drawbridge, chapel, jail and two dungeons and a barnyard. Located on the old road from Falaise in Domfront, he played a historic role several times. As such, it is one of the most important strongholds of Normandy.