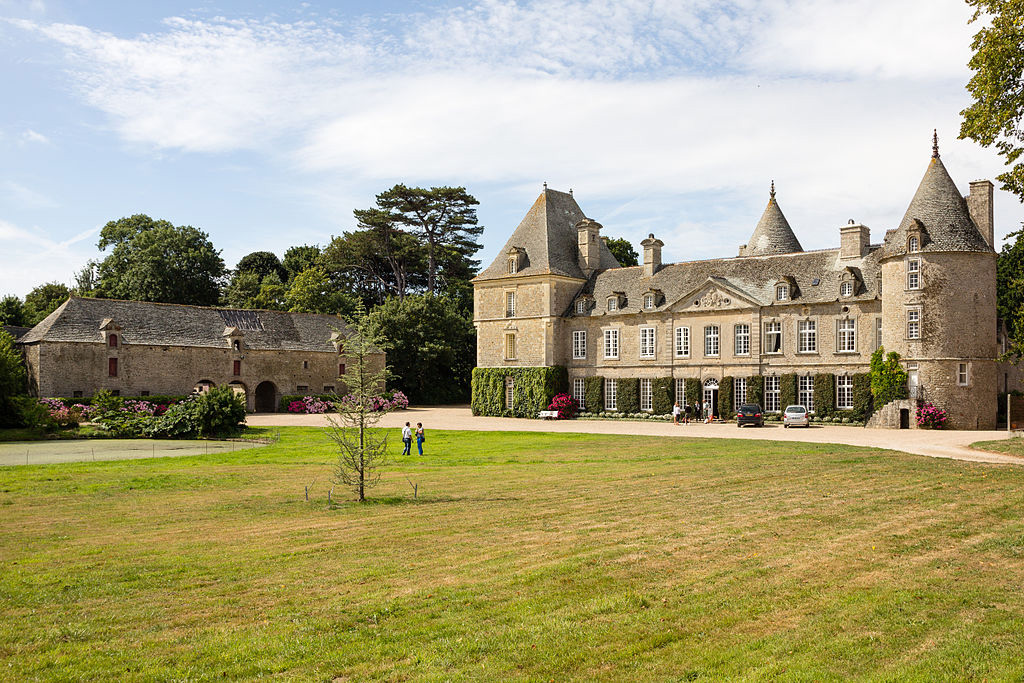 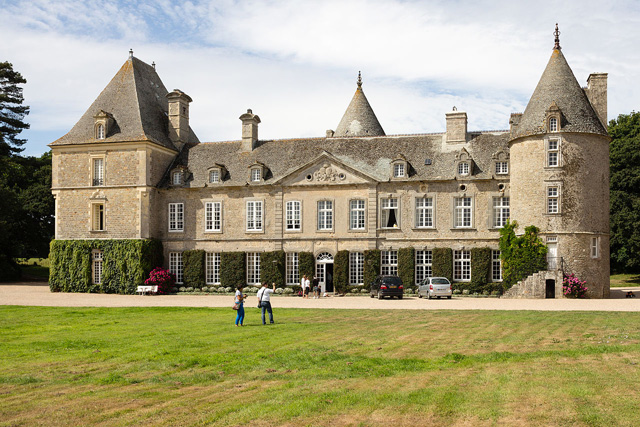 Location: Tocqueville, in the Manche departement of France (Basse-Normandie Region).
Built: 16th-19th century.
Condition: In good condition.
Ownership / Access: Privately owned.
ISMH Reference Number: PA00110618
Notes: Château de Tocqueville is located in the municipality of Tocqueville, in the department of Manche. Family remains Clérel, lords of Tocqueville, she notably belonged to Alexis de Tocqueville. The castle is the subject of several protections as historical monuments. The castle was built in the sixteenth century and modified in 1734. In 1833, Alexis de Tocqueville falls under the spell of uninhabited family castle for half a century. On the death of his mother, he gets it back to him rather than his brother Edward and moved there from 1836. His wife manages the development and restoration work. The avenue was planted in 1843, a basin dug in 1845 and an English garden created in 1856. This area allows it to start a political career in the English Channel in 1839. In 1894, one deputy is a southern flag Renaissance. Fire spreads to the interiors of the castle in 1954, sparing chartrier and library of Alexis de Tocqueville, made by his grandfather, Bernard Bonaventure de Tocqueville, 2 500 items of the seventeenth and eighteenth centuries. On 27 June 1955 the building of the eighteenth century is registered as historical monuments, its façade being subsequently classified at the same time as those of the common and the caretaker's house, with corresponding roofing, as well as the remains of dovecote, on 17 August 1979. on 24 September 1965 were registered the entrance hall, two rooms on the ground floor and the room of Alexis de Tocqueville. The facades and roofs of the rest of the castle, "carpentry", the "small bakery" and "small dairy," the staircase, the charter room, the library, the entrance gate, railing and stairs closing the court of common south and the north garden fountain with its basin are classified by order of 17 December 1993. the park is registered October 30, 2000.