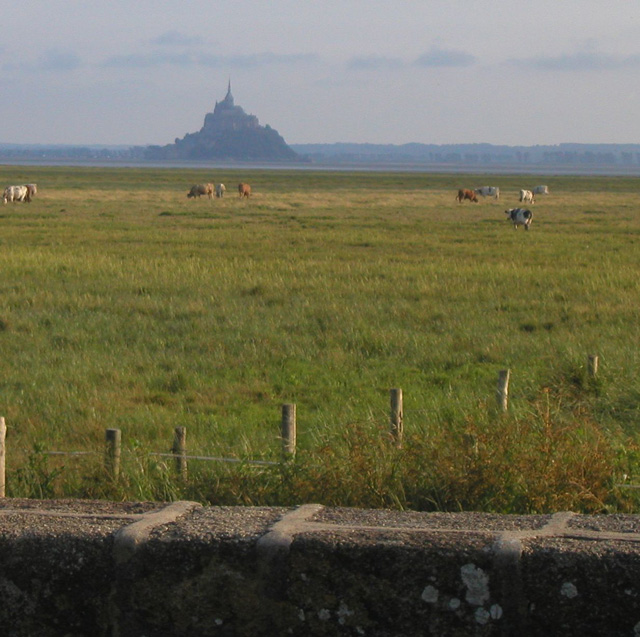 Location: Dragey-Ronthon, in the Manche departement of France (Basse-Normandie Region).
Built: 1137.
Condition: Intact.
Ownership / Access: --
Notes: The manor of Brion, also called the castle of Brion, is a former Benedictine priory of the abbey of Mont Saint-Michel. It is located in Avranches (Manche), halfway boroughs and Genêts Dragey (common Dragey Ronthon, in the territory of which it is built) and was founded in 1137 by St. Bernard of Clairvaux. Several kings and members of the Royal Court of Justice stayed at the Manor of Brion during their pilgrimage to Mont-Saint-Michel, which Charles VI in 1393, Louis XI in 1462, and Francis I in 1532. The explorer Jacques Cartier was Francis also presented to the manor of Brion before his trip to Canada in 1534, hence the name of the Magdalen islands called island Brion. British author Vincent Cronin lived there at the end of his life.

How To Get To Manoir de Brion (Map):