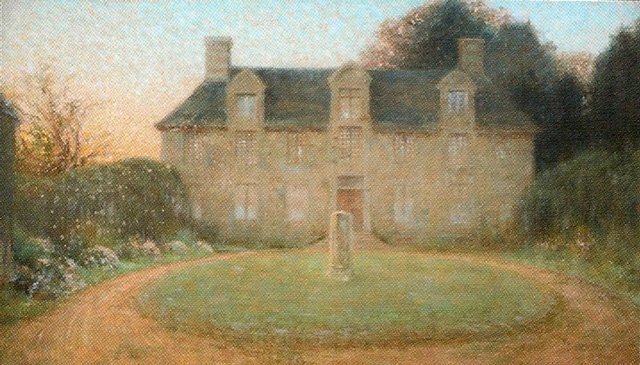 Location: Saint-Bômer-les-Forges, in the Orne departement of France (Basse-Normandie Region).
Built: 16th century.
Condition: Well maintained.
Ownership / Access: Roulleaux-Dugage Family.
Notes: Manoir de la Bérardière, located in the territory of the municipality of Saint-Bomer-les-Forges, Orne, on the road of Tinchebray in Domfront is a mansion of the late seventeenth century (1695), built in the location of previous constructions for Jacques Roussel, attorney, criminal lieutenant in Domfront, with a main building, a courtyard and two entrance pavilions. The manor is registered historic monument by decree of May 3, 1974 and the park by order of 15 November 19953. It can be visited only by appointment. As for the park, he freely visit on Sunday. The European Heritage Days are sometimes the occasion of an exceptional opening, as was the case in 2009. On May 14, 2011, the manor involved in Stones Lights Festival, organized by the General Council of the Orne. An Association of Friends of the Bérardière, created in 2008, aims to safeguard the area, to ensure its maintenance and enhance it by organizing cultural events.