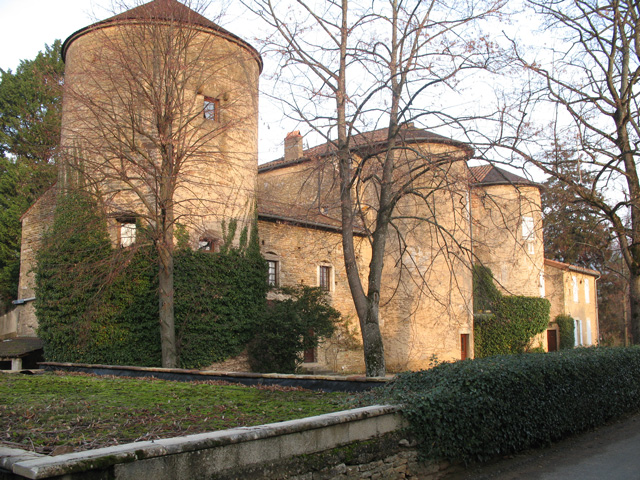 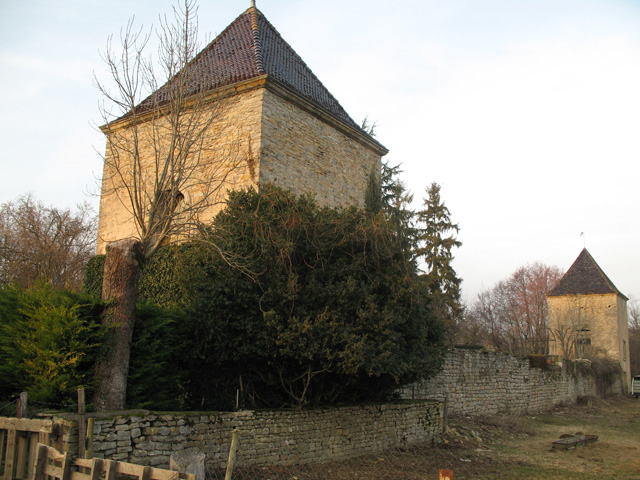 Location: Igé, in the Saône-et-Loire departement of France (Bourgogne Region).
Built: 14th century.
Condition: Either 11th century or 12th century.
Ownership / Access: Privately owned. Not open to public.
Notes: Château d'Igé is located in the town of Azé in Saône-et-Loire, north of the village in the valley bottom.Surrounded by ditches that cross two stone bridges, which had replaced old drawbridges, construction was still in the early nineteenth century into a vast quadrangle flanked by round towers. The fact remains that the southern part flanked by three circular towers and quite disfigured elements of the north side and the tower of the northeast corner. Between the first two towers south side, opens in a narrow building, a driveway gate that was probably the main entrance to the fortified house. The second and third rounds defend the outside corners of an almost square plan of the main building. In this set, are backed by a small square building and a building with apse. A gap still partly water separates the castle itself a terrace flanked to the east by two square pavilions.The castle is privately owned and not open to visitors.

How To Get To Château d'Igé (Map):