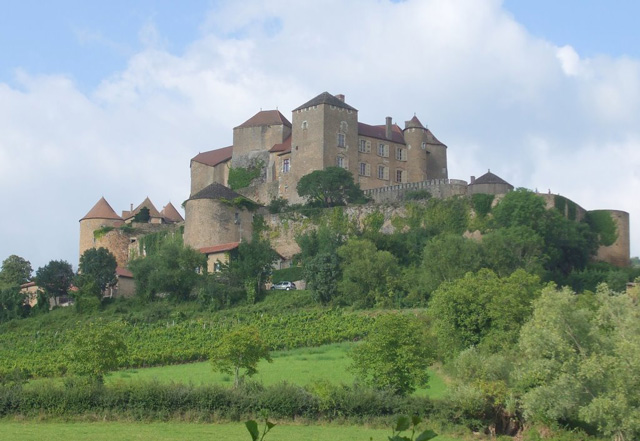 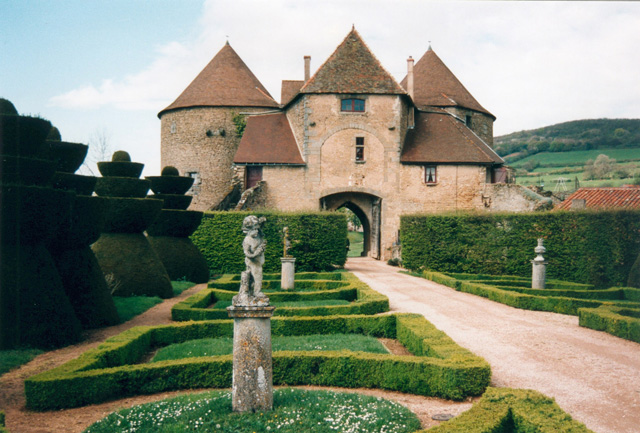 Location: Berzé-le-Châtel, in the Saône-et-Loire departement of France (Bourgogne Region).
Built: 10th century.
Condition: In good condition.
Ownership / Access: Private property.
Opening Times: Guided tours are available from June to September, and throughout the year by appointment for groups.
Price of Admission: Check their website for more info.
ISMH Reference Number: PA00113115
Notes: Château de Berzé is located in the town of Berzé-le-Châtel in Saône-et-Loire.Built on a rocky outcrop facing Solutré, overlooking the valley of Little Grosne, the fortress occupied in the Middle Ages a strategic position on the dividing line between the Mâconnais and the Duchy of Burgundy, which earned him to be the scene of many clashes. Castle Berzé is the largest and best preserved castles of Southern Burgundy. Three successive walls, twelve towers of the thirteenth century, plus the eleventh century are still visible. Among them: two dungeons. Some of these towers have walls up to a thickness of 3.60 m at the base. Three courses nobles are located in the lap of the fortified core. Two terraces of the castle are decorated with gardens that have the label "Remarkable Garden" since 2011. The castle is privately owned. Guided tours are offered from June to September, and all year by appointment for groups. The castle and its two speakers is subject to a classification as historical monuments since 10 February 1983.

How To Get To Château de Berzé (Map):