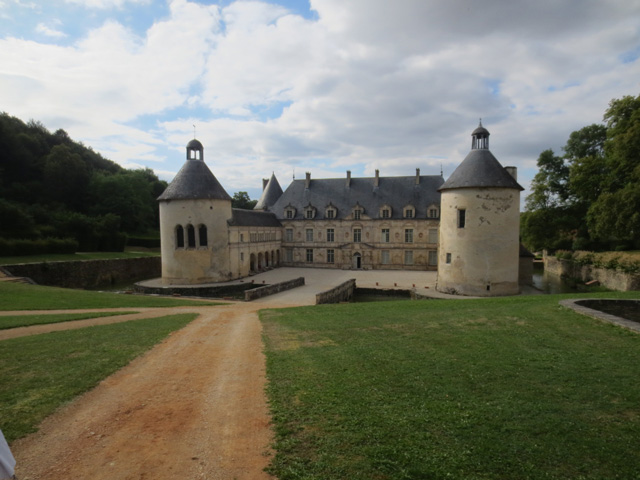 Location: Bussy-le-Grand, in the Côte-d'Or departement of France (Bourgogne Region).
Built: 12th century.
Condition: In good condition.
Ownership / Access: Owned by the state. Manage and run by the Centre of National Monuments of the Ministry of Culture.
Opening Times: Check their website for more info.
Price of Admission: Check their website for more info.
ISMH Reference Number: PA00112169
Notes: Château de Bussy-Rabutin or Bussy-le-Grand is a castle of the twelfth century and the fourteenth century Renaissance in Bussy-le-Grand, in Côte-d'Or Burgundy. The castle is classified Historical Monument in 18621, the area is a historical monument 29 March 20051 and the castle is labeled houses Illustrious. State ownership since 1929 with hundreds of other monuments, it is managed and run by the Centre of National Monuments of the Ministry of Culture. In the twelfth century the lord of Bussy Renaudin built a fortified house in what is now the village of Bussy-le-Grand in a wooded valley of the Morvan, a few kilometers of Alesia / Alise-Sainte-Reine, the Abbey of Fontenay and Montbard Castle. It was rebuilt in the fourteenth century Renaissance residential castle and revamped under Henry II and Louis XIII kings. The castle is the property of many families through time. The castle is built in a 34-hectare park, enclosed by a perimeter wall in 1818.Le French garden, landscape attributed to André Le Nôtre, is restored in the eighteenth century in his state of the seventeenth century with fountains, parterres, box, statues, old roses, hedge maze.

How To Get To Château de Bussy-Rabutin (Map):