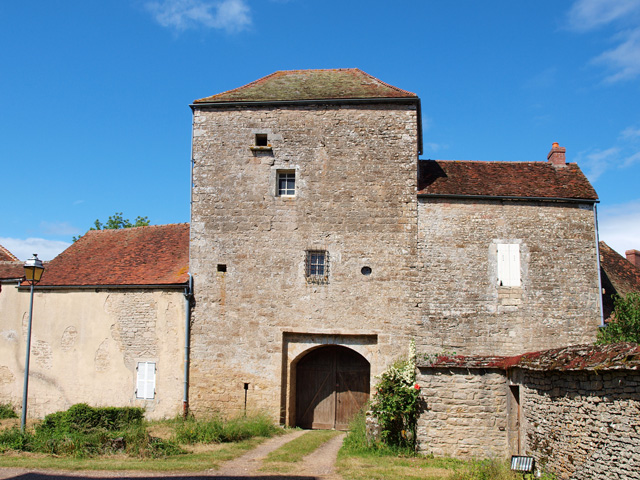 Location: Châtellenot, in the Côte-d'Or departement of France (Bourgogne Region).
Built: 1300.
Condition: Restored.
Ownership / Access: Privately owned.
Opening Times: Check their website for more info.
Price of Admission: Check their website for more info.
Notes: Château de Châtellenot is a castle of France Châtellenot located in the department of Côte-d'Or. It is built on the site of an ancient Roman camp. There are still vestiges of a powerful castle whose oldest parts date back to the XII fortified and thirteenth century, as the apse in half dome of the nearby church. A dry ditch cut in the rock surrounding the building has been partially filled in the French Revolution. The main tower, which was to have at least one additional level, preserves the remains of an imposing drawbridge and an archer double calipers. There is a remarkable listed dovecote. The building has been remodeled many times and nothing remains of the imposing tower that stood at the center of the body of the main building. An extension Napoleon III strengthens the mix of styles. The property rises to 600 meters and is located at its watershed. The route of the Burgundy Canal was decided from its terraces, which offer a magnificent view over the Auxois valley. This large stone vessel 55 m long and 35 m wide, built on a rocky outcrop overlooking the valley of the Burgundy Canal and is located 52 km from Dijon, near Pouilly-en-Auxois and the A6. The property enjoys the best view of Côte-d'Or. Facing the castle of Chateauneuf distant 15 km, the view opens to the east of the valleys of Bussiere-sur-Ouche (20 km) north of Sombernon on the reliefs (25 km), with the West on the massif of Morvan Saulieu (20 km) and south of the country Arnay (25 km). Butte light and beacon for aircraft navigation, the building is visible from afar and thus marks the mound and the landscape surrounding it is used for visual orientation airplanes and hot air balloons.