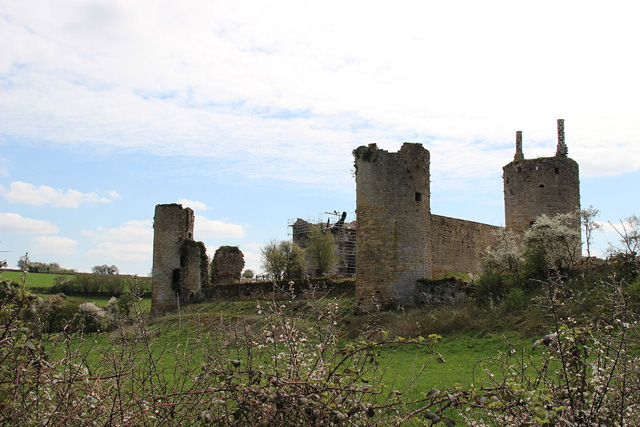 Location: Martigny-le-Comte, in the Nièvre departement of France (Bourgogne Region).
Built: 13th century.
Condition: Ruins.
Ownership / Access: Private property.
ISMH Reference Number: PA71000033
Notes: Château de Commune is located in the town of Martigny-le-Comte in Saône-et-Loire, in the Commune hamlet.All that remains of the castle that its enclosure which forms an irregular quadrilateral, flanked by three round towers much higher than the curtain walls and a square tower was probably the keep. All, probably built in the thirteenth century, was once surrounded by ditches filled today. The castle, private property can not be visited. Since 2002, the castle and the dovecote, ditches and all the land registered in the inventory of Historical Monuments.