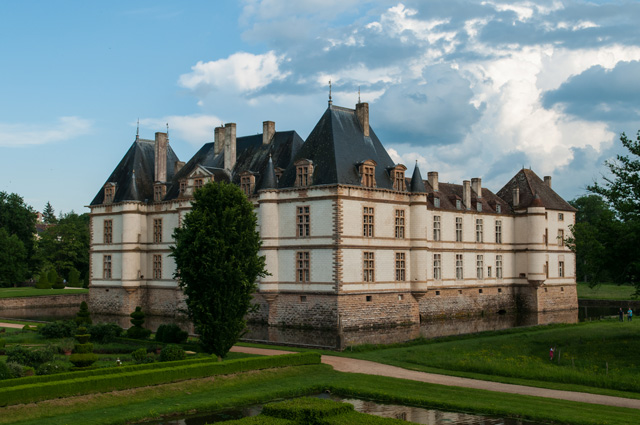 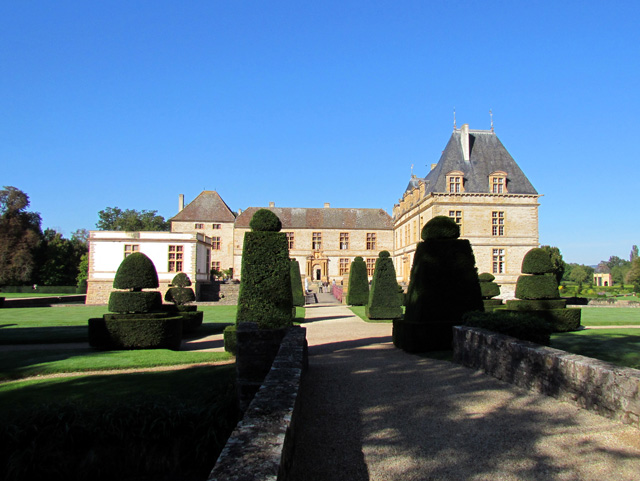 Location: Cormatin, in the Saône-et-Loire departement of France (Bourgogne Region).
Built: 17th century.
Condition: In good condition.
Ownership / Access: Privately owned. Open to public.
ISMH Reference Number: PA00113246
Notes: Château de Cormatin is located in the commune of Cormatin in the Saône-et-Loire, on an island in the Grosne river. Built in the early seventeenth century, it preserves rare original details as the staircase and the decoration of some parts. The castle is a historical monument in 1862 and 2003 and various parts of the park are listed in 1995. The castle was declared a historic monument list in 1862 by then arrested on February 2, 1903. Part of the gardens, moat, earth -full, the canal and the reflecting pool and the enclosure wall were listed historical monument January 19, 1995. It is a private property that is open to the public. It is accessible by the line No. 7 Buscéphale network (departmental coaches Saône-et-Loire).

How To Get To Château de Cormatin (Map):