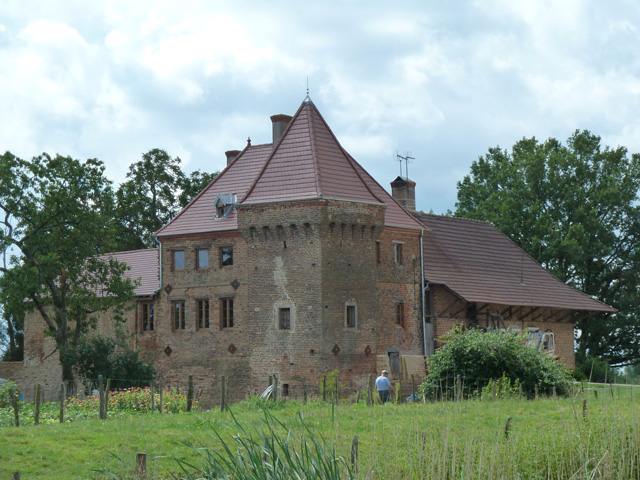 Location: Montpont-en-Bresse, in the Saône-et-Loire departement of France (Bourgogne Region).
Built: 14th century.
Condition: Being renovated.
Ownership / Access: Privately owned. Not open to public.
Opening Times: Check their website for more info.
Price of Admission: Check their website for more info.
Notes: Château de Durtal is located in the town of Montpont-en-Bresse in Saône-et-Loire, on a small hill, near the Grand Bois Durtal. The castle of the fourteenth century, flanked by square towers and preceded by a double enclosure with ditches and drawbridge, there remains a part of the moat and a large corner brick tower, very well paired, crowned by battlements covered on consoles. It flanks a rectangular main building of (sixteenth century). Common in timbered device and brick slabs surround the courtyard. The castle is privately owned and not open to visitors.

How To Get To Château de Durtal (Map):