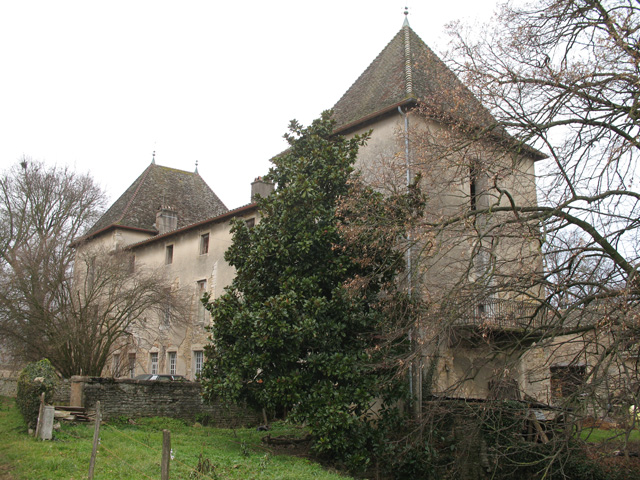 Location: Uchizy, in the Saône-et-Loire departement of France (Bourgogne Region).
Built: 16th century.
Condition: Rebuilt.
Ownership / Access: Privately owned. Not open to public.
Notes: Château de Grenod is located in the town of Uchizy in Saône-et-Loire, on the slope of hill in the small valley Ougie and the edge of the town. The quadrilateral once ditched, it remains a rectangular plan of the main building lying on a floor in addition between two houses, whose facades are of the same alignment as hers. Access to the ground floor with a cart door basket handle, accosted a pedestrian gate semicircular. The whole seems to have been built in the sixteenth century and rebuilt in the seventeenth century. The castle is privately owned and not open to visitors. It is listed on the Inventory of Historic Monuments since 1976.