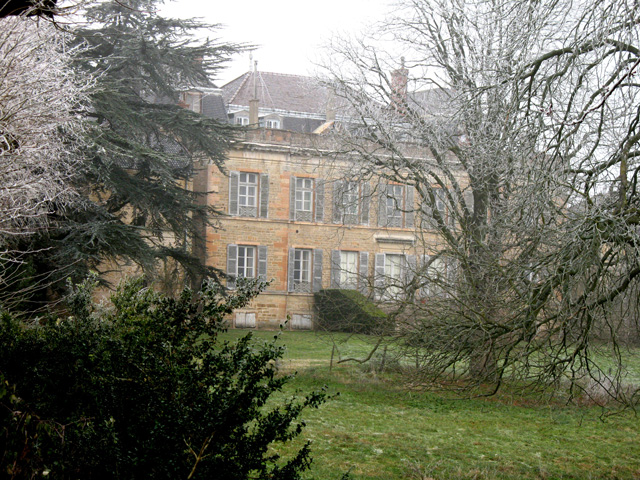 Location: Prissé, in the Saône-et-Loire departement of France (Bourgogne Region).
Built: 17th century.
Condition: Ruined.
Ownership / Access: Privately owned.
Notes: Château de la Combe is located in the municipality of Prissé in Saône-et-Loire, on the slope of hill, on a terrace overlooking the Grosne.Preceded by a large courtyard bounded by stables, a common and Tinailler, the castle consists of a central rectangular body between two wings slightly advanced on the western façade. The central bay crowned by a triangular pediment, is pierced with a door that overcomes a shrine enclosing an oval oculus. From either side of the castle, stand, isolated, two square pavilions capped roofs surmounted by the imperial lanterns. The southern one houses a chapel.The castle is privately owned and not open to visitors.

How To Get To Château de la Combe (Map):