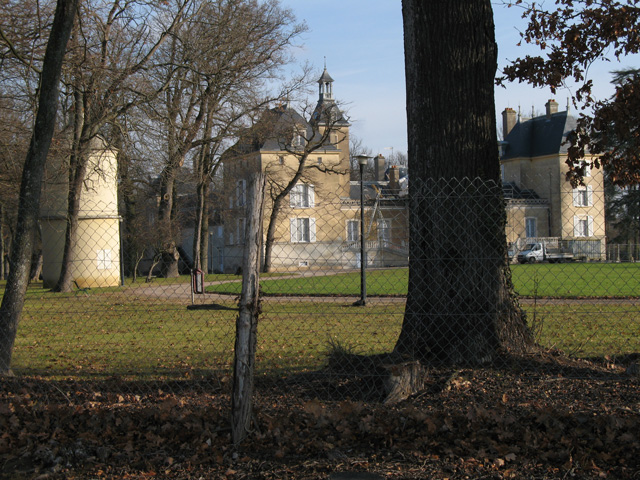 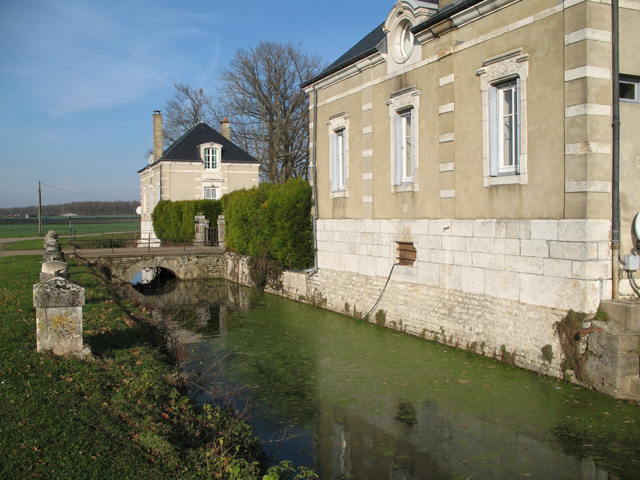 Location: Loyère, in the Saône-et-Loire departement of France (Bourgogne Region).
Built: Unknown.
Condition: Well maintain.
Ownership / Access: Privately owned. Not open to public.
Notes: Château de la Loyère is located on the town of La Loyère in Saône-et-Loire, on flat ground. The castle, a rectangular plan, consists of three main buildings U and flanked by square towers. The central body comprises at its center a pavilion forming to the south, a front building three sections preceded by a terrace to the alignment of the towers which is accessed by two staircases divergent mounted. The tower at the southwest corner is flanked by a turret, also square, wearing a high lantern, which contains a spiral staircase: it is what remains of the original castle. There are two wings in the left wing there is a dungeon. In all, there are 54 rooms in the forest just outside, there is the leisure center. The castle, which opens wide on a English park, stands out in white on the foliage of it and the nearby forest, with which it forms an elegant and refined together. The castle is privately owned and not open to visitors.

How To Get To Château de la Loyère (Map):