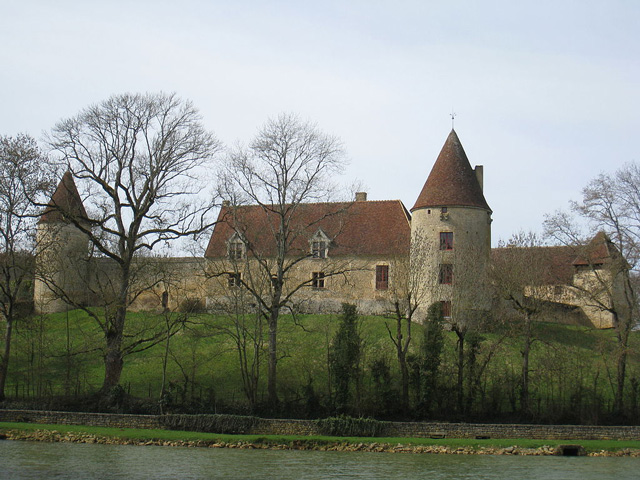 Location: Arthel, in the Nièvre departement of France (Bourgogne Region).
Built: 15th century.
Condition: Restored.
Ownership / Access: Private property. Not open to public.
ISMH Reference Number: PA00112796
Notes: The Chateau de la Motte also called the Old Castle is a fortress, located Arthel in the department of Nièvre, district of Cosne-Cours-sur-Loire, Canton Prémery on the RD 140. The castle is a private property and not open to public. In the twelfth century, a fortified house which belongs to the counts of Nevers. It is responsible for monitoring the passage on the old Roman road from Montenoison to Goes. The first castle built in the fifteenth century, replacing the fortified house, is in a rectangular enclosure with several round towers. At half in ruins, it was bought and restored.