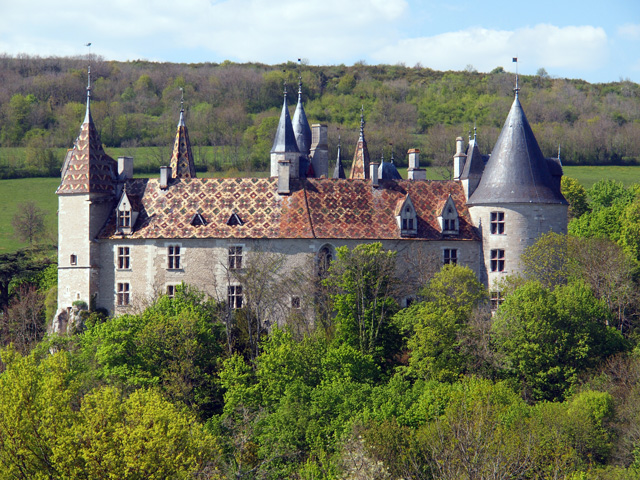 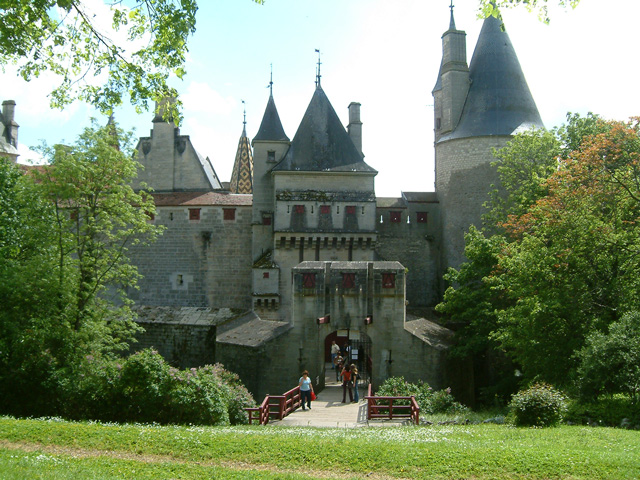 Location: Rochepot, in the Côte-d'Or departement of France (Bourgogne Region).
Built: 13th century.
Condition: Rebuilt it the 15th and fully restored in 19th century.
Ownership / Access: Currently owned by the Descendants of Sadi Carnot and its open to the public.
Opening Times: Check their website for more info.
Price of Admission: Check their website for more info.
ISMH Reference Number: PA21000074
Notes: Château de La Rochepot is a Gothic-Burgundian style of the thirteenth century, rebuilt in the fifteenth century, fully restored in the nineteenth century, with glazed tile of La Rochepot in Burgundy Côte d'Or in Burgundy. In 1893 Cécile Carnot (wife of President Sadi Carnot) bought the ruins and offers his eldest son, the infantry Colonel Sadi Carnot (1865 to 1948) for 25 years undertaking a major meticulous historical restoration in the spirit of the fifteenth century. In 2013, parts of the castle are listed as historical monuments and, in 2014, the castle, the outbuildings and the park are classified. The castle is, to date, still owned by descendants of the Carnot family and is open to the public.

How To Get To Château de La Rochepot (Map):