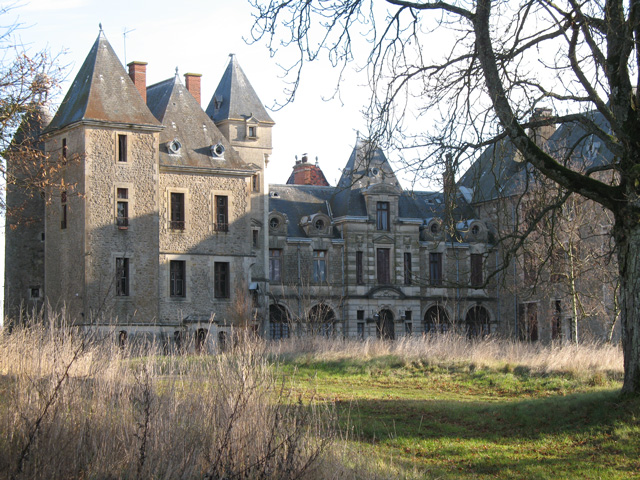 Location: Saint-Maurice-des-Champs, in the Saône-et-Loire departement of France (Bourgogne Region).
Built: --
Condition: Total restoration in 1880.
Ownership / Access: It is now the property of St. Benedict School.
Notes: The Chateau de la Rochette is located in the municipality of Saint-Maurice-des-Champs in Saône-et-Loire, on a promontory overlooking Saint-Gengoux-le-National.The construction consists of a rectangular building consisting of three U-shaped body and flanked by towers, a square tower and three round towers. The body of main building to the east, is flanked at the center of each of its facades rectangular towers half-off work before forming body. The west wing is served to the north by a spiral staircase within a tower with four sides work out. The north wing is completed with a short wing at right angles, and elevation in the wall which shows the cutaway summoned a wall of a walkway. Common flanked by two small round towers are aligned to the south. A large wooded park surrounds the whole.The castle is privately owned and not open to visitors.