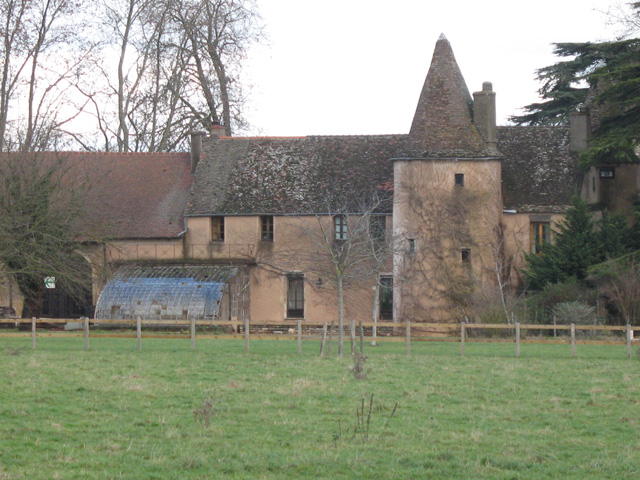 Location: Sennecey-le-Grand, in the Saône-et-Loire departement of France (Bourgogne Region).
Built: 12th century.
Condition: Ruined.
Ownership / Access: Private property and not open to public.
Notes: Château de la Tour de Sennecey is located in the town of Sennecey-le-Grand in Saône-et-Loire, on flat ground.A main building, flanked by two towers of the fifteenth century and common pierced with arched doors are arranged in U around a courtyard open to the east. Isolated, the northeast corner stands a large square tower belonging perhaps to the primitive building that surrounded a wall surrounded by a deep ditch. She was once crowned with battlements prevailing around a terrace which disappeared in the late eighteenth century to make way for a pavilion roof. To the east, in the center of the courtyard, a house including a basement, a raised ground floor, a square floor and an attic stage under a slate roof was built in the nineteenth century, on a slight hill.The castle is privately owned and not open to visitors.

How To Get To Château de la Tour de Sennecey (Map):