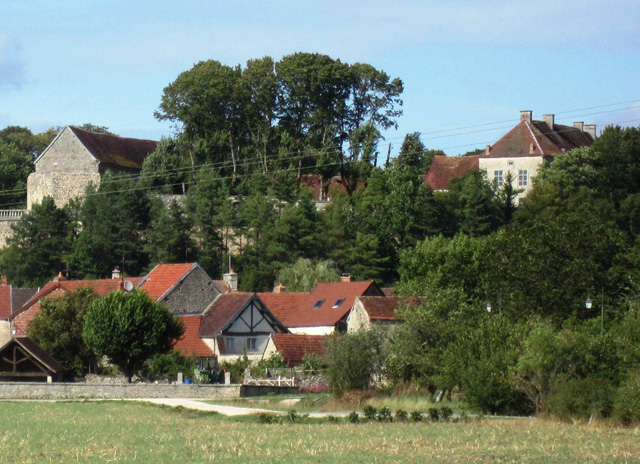 Location: Larey, in the Côte-d'Or departement of France (Bourgogne Region).
Built: 1230.
Condition: Modified and enlarged.
Ownership / Access: Private.
ISMH Reference Number: PA00112506
Notes: Château de Larrey was built in 1230 by Eudes de Grancey, one of the most powerful lords of northern Burgundy, overlooking village. He was besieged in 1430 during the siege of Larrey. The castle was modified and extended in the fifteenth, sixteenth and seventeenth centuries. He was then mutilated when used as a farm in the nineteenth century Joined MH (1972) 10. This castle is privately owned and not open to visitors.