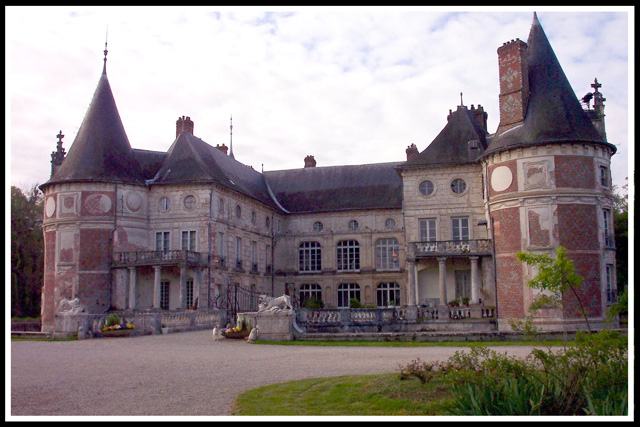 Location: Longecourt-en-Plaine, in the Côte-d'Or departement of France (Bourgogne Region).
Built: 13th century.
Condition: In good condition.
Ownership / Access: Now occupied by the family of Saint-Seine.
Opening Times: Check their website for more info.
Price of Admission: Check their website for more info.
ISMH Reference Number: PA00112513
Notes: Château de Longecourt-en-Plaine is located in the municipality of Longecourt-en-Plaine, in the department of Côte-d'Or, Burgundy (France). Fortress from the thirteenth century to the sixteenth century, it is transformed into pleasure residence of the seventeenth century to the nineteenth century. During the period of the Occupation (1940-1944), the castle and some nearby houses were requisitioned by the Germans of "KG55" of the nearby military air base in Longvic to house officers and services. From November 1944 to March 1945, it was the Americans of "320th Bomber Group" which replace the 8 weeks: the headquarters of the group moved to the castle while the troop of the 441th Squadron is housed in tents in jardins9, 10.11. Listed historical monuments by order of 20 September 19461, the castle is now occupied by the Saint-Seine family; accommodation is possible there (five rooms and one suite).

How To Get To Château de Longecourt-en-Plaine (Map):